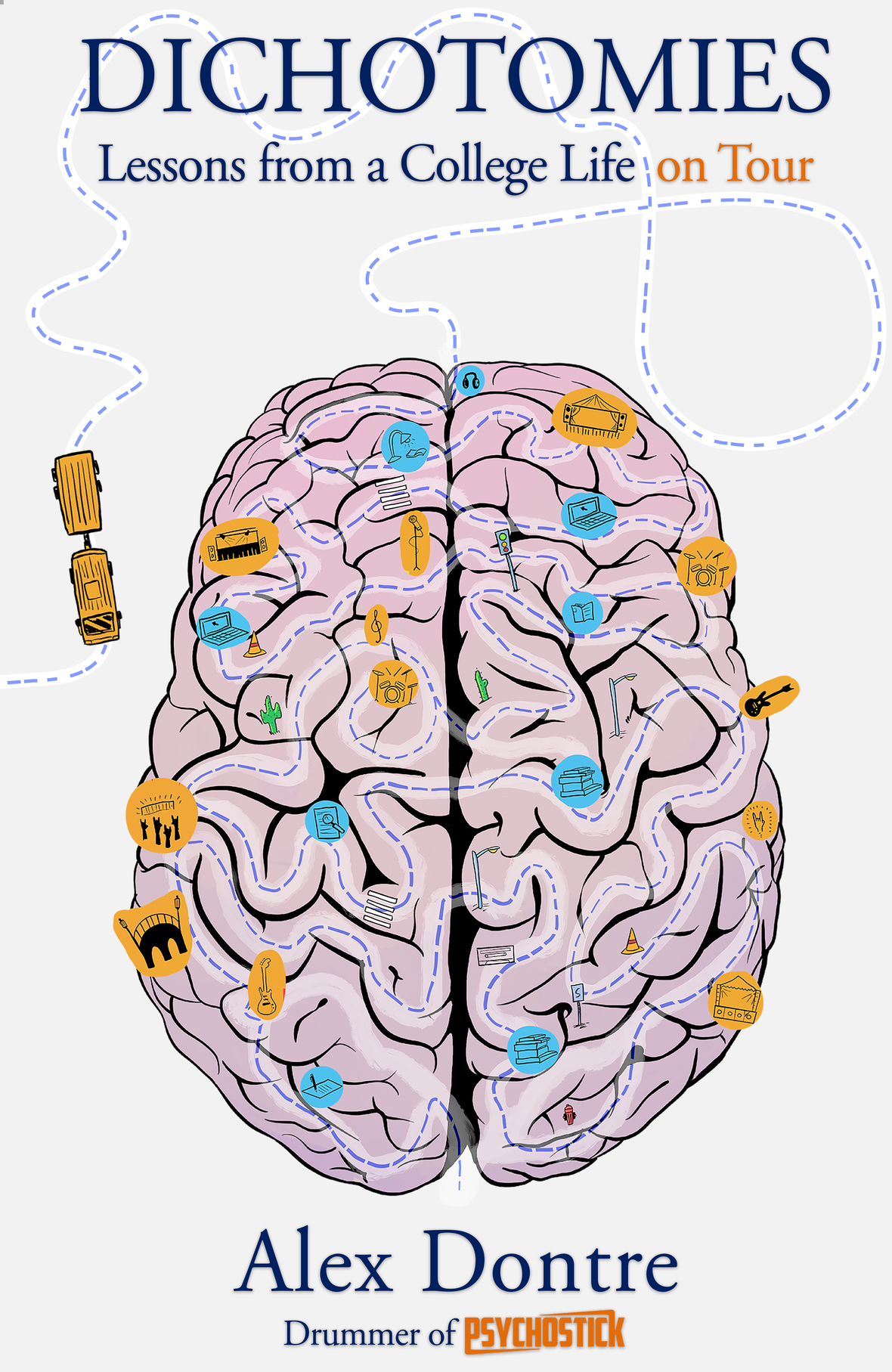 ALEX DONTRE, drummer for acclaimed comedy-metal band PSYCHOSTICK, reveals all in his new autobiography, Dichotomies: Lessons from a College Life on Tour. A must read for any musician and / or college student, Dichotomies tells the unique story of the drummer’s simultaneous musical and academic achievements through the artist’s unique mix of humor and self-perception.

The touring band life of a full-time student is full of dichotomies. From 2011-2017, Alex Dontre performed 505 concerts with his bandPSYCHOSTICK while simultaneously pursuing a college education. It culminated with a master’s degree in Business Psychology from Franklin University, at which time he gave the commencement speech at his graduation as valedictorian.

Advance Praise for Dichotomies: Lessons from a College Life on Tour

“I feel stuck between a rock and a hard place and cannot decide if this book is funny or insightful. As inferred from its title, that’s probably because it is both.”
– Mats E. Eriksson, Ph.D., author of Another Primordial Day, Professor of Paleontology, Lund University

“This is a must-read for any potential college student who thinks that they can’t do it, whatever the reason. ‘I’m not the college type…I’m too (fill in the blank…).’ After 20 years of teaching, Alex has motivated me to work harder to be a source of motivation to my future students.”
– Kristan Jones, Ph.D., Professor of Business Psychology, Franklin University, Director of HR Talent Development at Raymond James

“On tour, while the rest of us were crapping, napping, fapping or gormandizing, Alex was studying and working on speeches for his degree. It doesn’t end there, then he would play a flawless set every night on the drums.”
– Todd Smith, Dog Fashion Disco, Polkadot Cadaver, & Knives Out

“I will never forget walking off a soundcheck to find Alex’s face lit by his laptop while working on a psychology paper. Usually the few times I have seen people whip out laptops on tour is to pay their bills, Skype with the family, or to check in with their probation officers, and not to write academic articles.”
– Niklas Karvonen, Ph.D., Machinae Supremacy, CTO of Substorm

“Sex, drugs, and rock and roll is a tired cliché. Alex is a perfect example of a man with concrete goals, willing to utilize technology and time management to plan for his future.”
– Neil Patterson, Downtown Brown 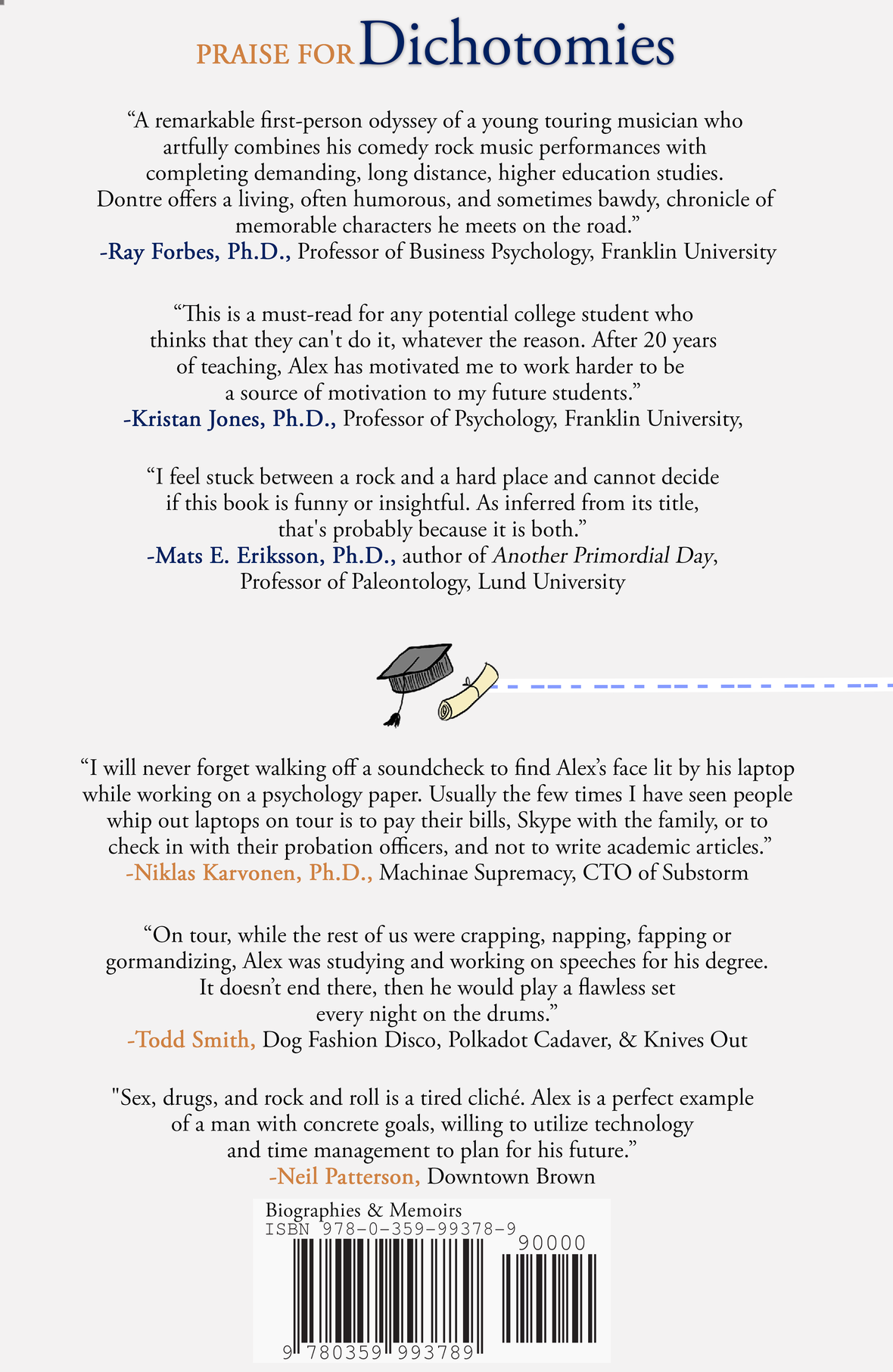 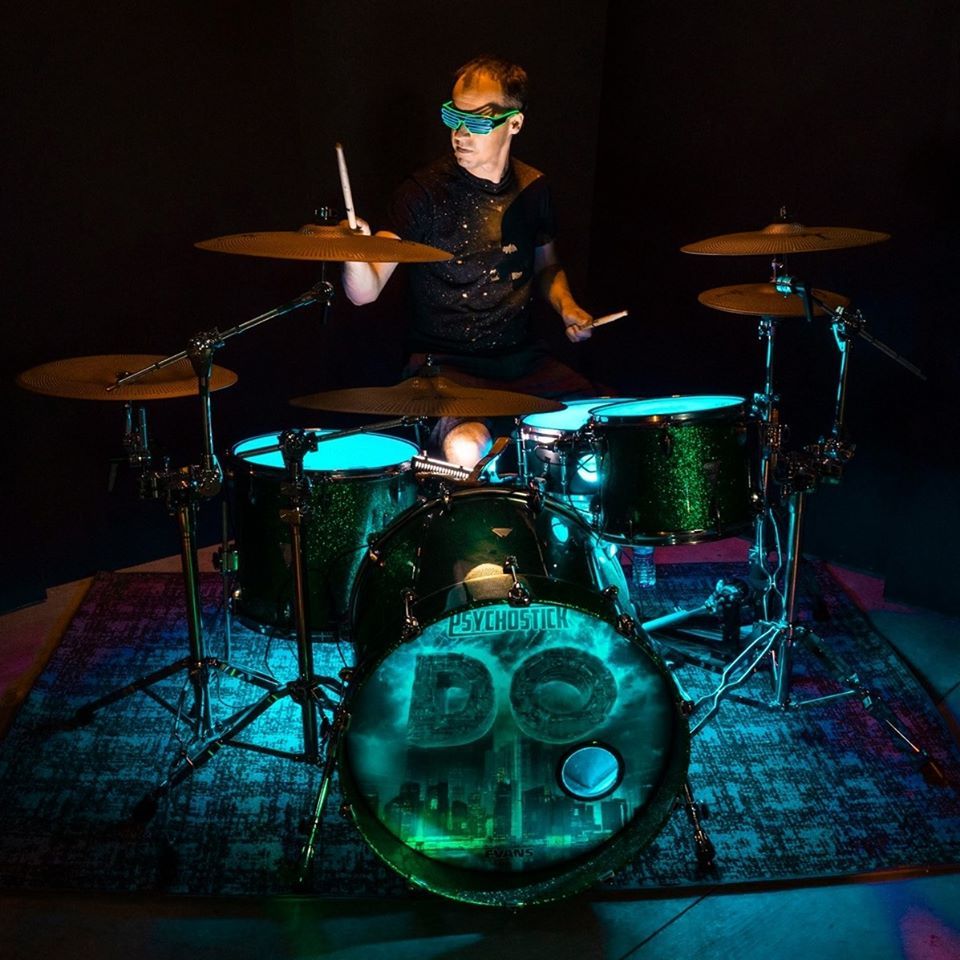 Alex Dontre is the drummer of the comedy-metal band Psychostick & adjunct professor in the Social & Behavioral Sciences division at Franklin University. Since 2000, Psychostick has released 6 albums & performed over 1,200 shows in Canada, England, Germany, Scotland, the (48) contiguous United States, Wales, & on one particularly metal cruise ship. In 2001, he received a black belt in Kuk Sool Won. He earned an A.A.S. in Finance in 2014 from Columbus State Community College, a double-major B.S. in Financial Planning & Financial Management in 2016, & an M.S. in Business Psychology in 2017, each at Franklin University. He continues to tour manage under the moniker “The Hammer” as well as perform & record with Psychostick.