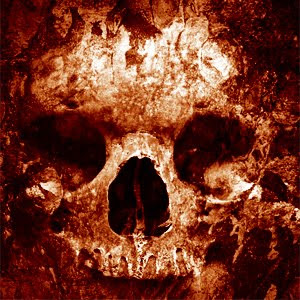 Here are my best albums of 2011, with all the great releases it was hard to narrow it down to just 10 albums so i picked the ones that i remembered the most.

It’s safe to say this band totally redeemed itself with the return of vocalist Mat Bruso and a return to their old style, which is what most fans really wanted i think.
In my personal opinion that nu metal shit from ”It’s Nothing Personal” ruined this band, like so many other bands got ruined because of member changes or ”evolving” their music style, Im just happy BYD isnt one of those bands anymore.
It’s not perfect, but this album is still worth checking out, it has a good hardcore sound and plenty of ”FUCKS” in the lyrics to satisfy your angry music needs.

An album that turned out to be a suprisingly good release.
While i do consider their previous album ”cancer” a VERY enjoyable album i didnt think they could pull it off a second time,
specialy after hearing the ”Break Stuff” cover which was just painfully bad and boring, but thankfully they went with their own unique style again on this release.
Even though it has weird pop punk cleans which are kinda terrible and a bit to frequent in most of the songs, i can somewhat tolerate it because the previous album had the same singing.
But along with some other experimental shit, the lovely hardcore vocals and bouncy riffs still dominate and makes the album catchy as fuck, it provides a overall nice flow that keeps me coming back.

This probably wouldve been higher on the list if they kept their style from ”No Mercy No Forgiveness”
Which is one of my all-time favorite albums because of the agressive hardcore / groovy sound i immediately fell in love with.
This new release however, needed some time to grow on me. While it still has those groovy parts in SOME songs,
the majority of the music is more melodic / death metal oriented now, and that doesnt really make the songs stand out from one another.
with that being said its not a bad or terrible album by any means, but i guess my expectations were just a little different.
But to name some more positive things of this release: it doesnt have cleans (LOL), i like the production alot and the highs really improved aswell.
Also im impressed they released this album fairly quick compared to the HUGE gap between the last two albums (FU mediaskare XD).
If you didnt check this album out yet, give it an honest chance, its a good album deserving attention, just dont expect anything mindblowing.

This album made me wish i could understand russian, being one of the more known russian deathcore bands, they have yet to dissapoint me.
Like Confession they dont really bring anything new to the table with this new release but i just cant say no to music with a good flow in it, and that makes for good replay value!
The only thing i dont get about this album is the cleans, its only a MINOR annoyance since they can only be briefly heard in two of the songs (which makes you wonder why they were put in there at all, kinda pointless really)
Dont let that stop you from enjoying it tho, if your like me and want some good no-nonsense deathcore this album will be one of your favs of 2011 for sure!

This album is all about production and agressiveness, some say the production quality of this album is not that good,
but while it was intentional or not, that is exacly the reason it sets itself apart from the other dime a dozen hardcore / metal (or ”emmure”) bands.
I admit the album needed to grow on me because i was expecting something a little more deathcore styled, like their last album ‘iniquity’.
But that doesnt mean its any less agressive (far from it) , though sadly you wont hear as much anti christian lyrics ,
the songs are still about fucking shit up and it helps set the mood to punch babies in the face nicely.

Out of the two (or three w/e) metal bands called Depths, this death metal one is by far the best!
With its crushing vocals, atmosphere and the occasional epic guitar sweep, this is the best thing to come out of New Zealand since…FOREVER!
A great thing about this little gem are the lyrics, they are more than just your average angry death metal lyrics you might expect at first,if you look closer youll see it goes a bit deeper than that.
With topics like a man struggling to keep his sanity, to the end of humanity itself, the lyrics set a great undertone to this bone splitting production that turned out better than i ever expected.

With all the wonderfull deathcore that has been given us this year, this is one of the better (and unexpected late year) releases.
There are two mistakes you can make with this album, the first one being you ignored it because its ”just another generic deathcore band” and the second is never hearing of it!
With a solid metalcore/deathcore sound with some occasional technical influences, its a well crafted masterpiece from start to finish (which ends with a VERY nice Deftones cover btw)
Fans of Boris The Blade (they released a solid EP aswell go listen to it!) should definitely check this one out, since their sound seems to be a great influence.
Theres not much more i can say about this, just go listen to it and enjoy the cum flowing from your ears!

After hearing their last album ‘The Last Sunset’ i figured this band would never improve much.
Well it seems they did improve, ALOT on their new album ‘Mirrors’.
In fact they improved EVERYTHING from the last release.
Not much more things can be said, the whole album is just a masterpiece from beginning to end.
Though it has some clean singing and melodic riffs (elements that are spammed alot with new bands and releases lately),
its never to the point where it gets boring or feels overused.The song structure is just right and sounds amazing!
So if you didnt hear this underated piece of sexyness yet and your into metal at all i highly recommend it!

2. Fit For An Autopsy – The process of Human Extermination

In a year where clean vocals and cheap melodic riffs seem to be the main selling point of many bands (*cough* FTFD *cough*),
This band stays down to earth and delivers one of the most crushing deathcore albums of the year!
The whole album from beginning to end is a relentless rollercoaster ride that stays fresh and intense with every song,
dont listen to it with pants on because you WILL soil them, some critics nag about it being ‘dated’ and filled with ‘lame’ breakdowns.
I say FUCK THEM! This is a perfect example of what metal is all about, agressive and soul sucking vocals, orgasmic lyrics , harsh breakdowns and brutal riffs, and thats all i expect from a metal band, simple as that.
If you havent heard this album, go check it out now by any means necessary!
You will not be dissapointed!

To keep it short: this is a MINDBLOWING FUCKFEST OF AWESOMENESS TIMES INFINITY!
In my opinion THIS is how deathcore in 2011 should sound!
I havent jammed a cd in the car so many times since This Is Exile got released, and thats really saying something!
It has everything: agressive vocals, good lyrical content, epic breakdowns, sick riffage and most importantly diversity!
Even after hearing it so many times already, i still find myself mindlessly headbanging to all the songs, you cant hear all of the greatness in just one go.
I have nothing but praise for this band, having made two previous albums which i both consider masterpieces they’ve really outdone themselves this time around.
You can really tell alot of devotion and hard work went into this, and imo it paid off!
This album is living proof that deathcore is indeed still sexy and far from dead! \m/ >_< \m/
If you somehow found the time to read all of this and dont agree, here is some music more suitable to your tastes 🙂