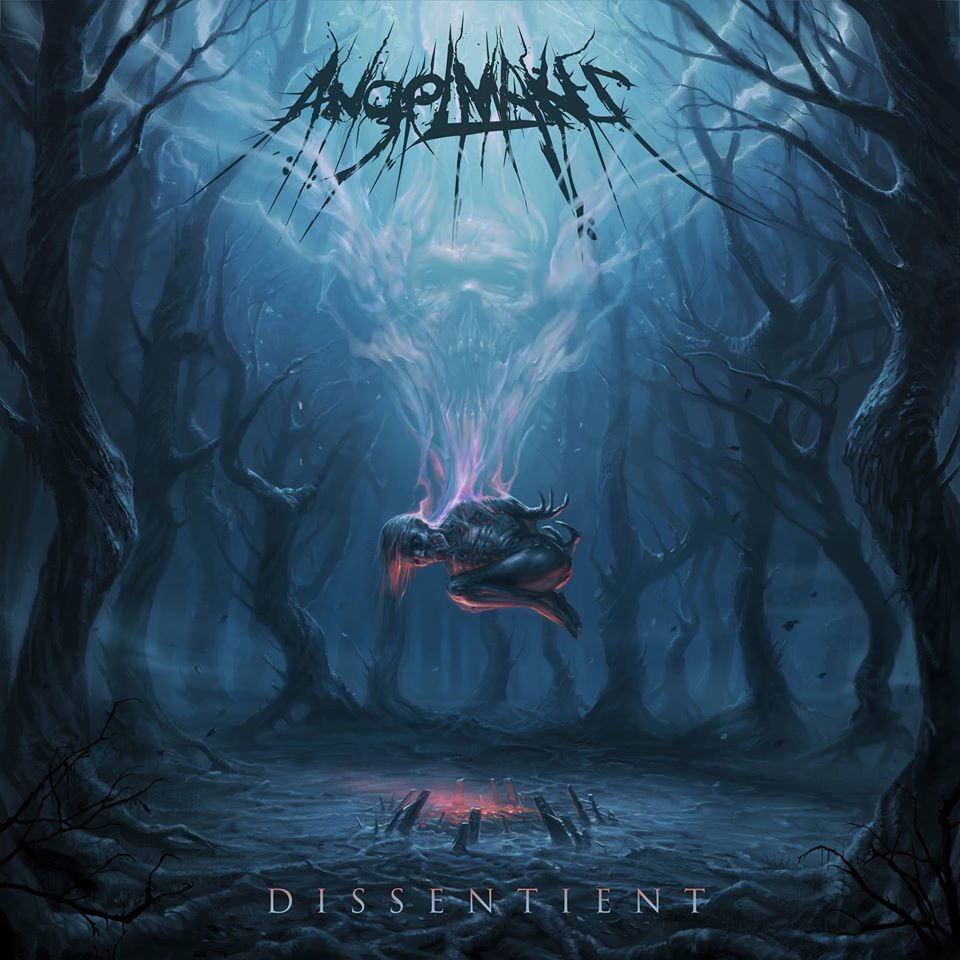 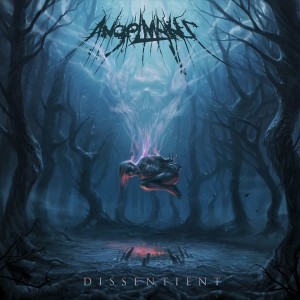 It crashes into your head, splitting effortlessly through your skull and permeating your grey matter all within a millisecond. After a minute, it has set every neuron in your body ablaze, sending searing pain to every surface on your body, lighting up every square inch like a light show of lurid, intense agony. Your vision goes black, brain overloaded by blistering pain. You convulse–quickly for a split-second–and then drop to the floor lifeless, as your predator moves on to a new target. Only one thing could have possibly robbed you of life so rapidly—AngelMaker have struck again, with their debut full-length release, Dissentient. Moving from head to head with the contagious ease of the bubonic plague but the speed and sickening lethality of a lightning bolt, Dissentient is a display of no-holds barred brutalizing technical Deathcore—with a surprise twist—that will spread throughout the worldwide heavy music scene like an untamable wildfire and ignite every set of ears it grazes.

Likening Dissentient to a bolt of lightning isn’t as far a stretch as one might think; from the opening snare crack and sinister slam of “Godless,” AngelMaker overwhelm the listener with an instrumental cataclysm. These British Columbian Brutalizers are an incredibly well-synchronized machine, methodically murdering masses of heavy music mans with monstrous, meaty breakdowns that are laced together by moments of lucid, eye-opening beauty and leering, evil technicality. If one is to analogize AngelMaker to a machine, then percussionist Jesse Price is the nuclear reactor powering its core. Beating away with a more furious fervor than the Energizer bunny, Price is often the inspiring force for Dissentient‘s most disastrous beatdowns and blitzing portions. The opening to “Godless” showcases this well enough—as does the bouncy, catchy introductory half of “A Dark Omen,” where Price works hand-in-hand with bassist Cole Rideout to create a groove so vicious it practically tears the listener’s still-beating heart out and devours it before their eyes. Rideout is the low-strung, grime-covered anchor that keeps Price’s punishing percussion in check, while adding depth to the ear-splitting riffs and moments of ethereal beauty brought together by guitarists Colton Bennett and Matt Perrin. Bennett and Perrin are the best dynamic duo since WWE’s The New Age Outlaws. Whether it’s their penchant for skull-splitting slams a la “Godless,” or “brutiful” moments of crystal clear riffing that segue into skin-shredding speed and bone-breaking heaviness a la “Citadel,” the two are an absolutely unstoppable force of furious fretwork–ranging from post-rock elements of ethereality to segments of lurid slamming brutality that would make Infant Annihilators blush like schoolgirls.

In the words of the late great Billy Mays–but wait, there’s more! AngelMaker is home to a dual-vocal onslaught that hits more pitches and tones than all four members of a barber shop quartet put together, but with more vocal styles than practically any deathcore band on the scene. Vocalists Casey Tyson-Pearce and Mike Greenwood are legends–Gods in a world of godless, heathen deathcore. “No Haven,” as well as the immense “Abysmal” see the duo are their most varied and dynamic, skinning the listener with scratchy, scathing screeches and guttural bellows that sound akin to Satan with a bad case of constipation. However, the more moderate styles employed on “A Dark Omen” and “Shia LaBeouf” allow the band’s witty, haunting lyricism to shine through, adding yet another layer of depth to the dynamic brilliance that is Dissentient. “A Dark Omen” is sure to get caught in the listener’s head like a fishhook, and the opening chant to “Leech” is bound to become the listener’s mantra–no doubt getting recited at inappropriate intervals due to the sheer contagiousness of its nature. Tyson-Pearce and Greenwood hit the listener with a one-two punch of ear-catching vocals and infectious lyrics, drawing their attention and then capturing it, condemning them to a future of blaring Dissentient on repeat.

Here you are waiting for a catch—a “but, here’s the thing…”—well, keep waiting. There isn’t one. Even the epic instrumental track “Citadel” is a pristine voyage into deathcore’s more progressive inclinations; a much-needed break after AngelMaker’s opening five-track blitzkrieg. Price’s percussion is punishing and technical without dipping into monotony, just as Rideout’s snappy bass guitar is a raunchy, writhing low end that rarely steals the show, but always serves a purpose; an anchor for the roaming, relentless energy provided by Bennett and Perrin’s furious fretwork. Atop it all, Tyson-Pearce and Greenwood are simply superb—experts in variety, visceral energy and flow—making Dissentient one of the greatest offerings to technically-inclined heavy music since Oceano’s Depths or Aversion’s Crown’s Tyrant.

AngelMaker prove themselves worthy of their name—as they annihilate everything they touch, reducing towering skyscrapers and vast forests to rubble and ash, making Angels of any unfortunate fan of heavy music unprepared for their talent. Dissentient is a defining release for the genre, regardless of context—showing that while these Canadians may have set out to leave a simple footprint, they have crafted a crater instead.