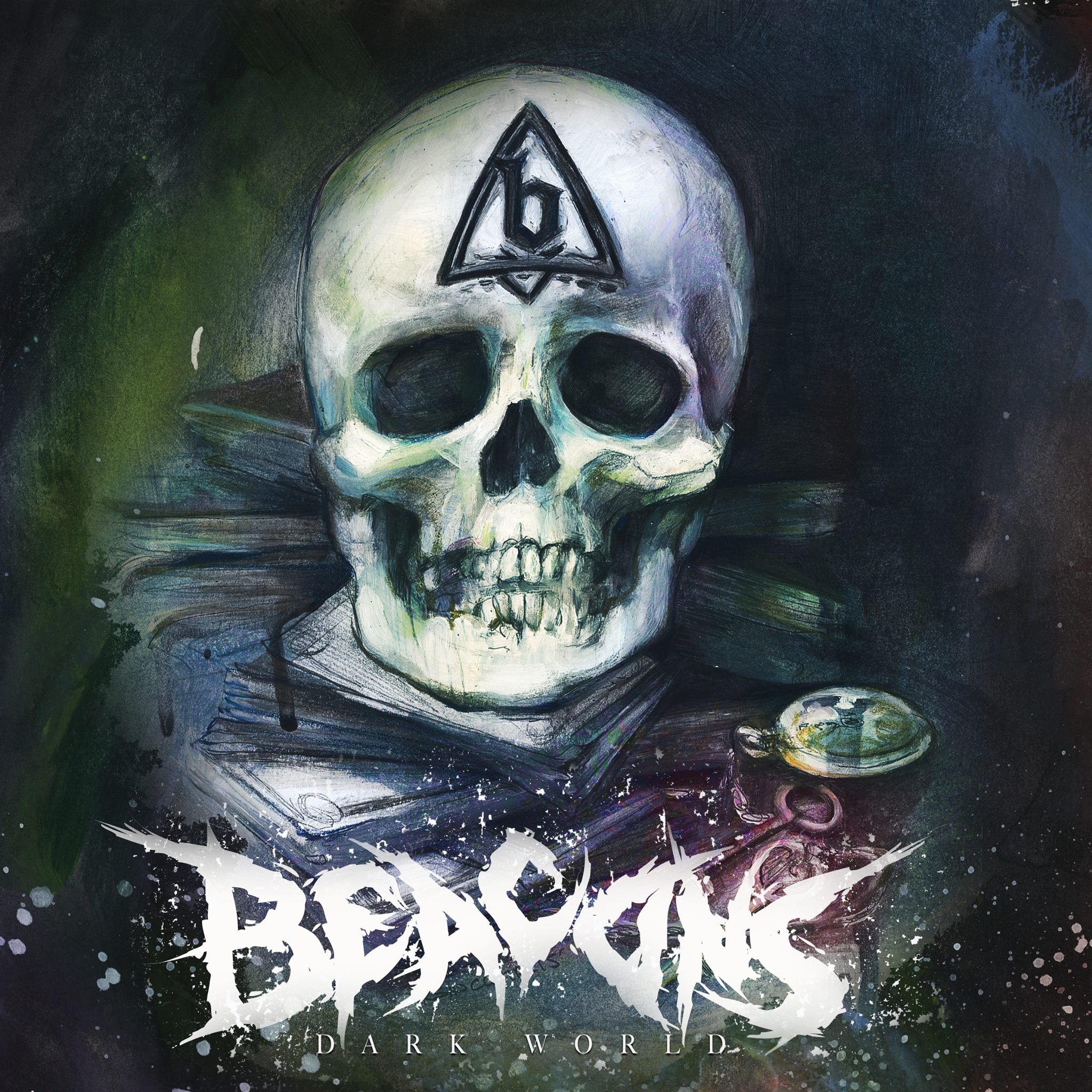 After a certain point, like it or not, bands begin to be judged based not only on the merit of an album based on competition with peers, but rather on the merit of the album as it stands in their own discography. A band can release a decent album, but if their other releases were great, the album is viewed as a disappointment. Likewise, if a band that releases typically weaker albums puts out the same decent release, it’s praised as a step in the right direction. Once a band accumulates a discography beyond a couple singles and an EP, this is how their accomplishments are observed—or at least that’s how I observe them.

So now we join South Floridian heavy act Beacons as they prepare to release their sophomore full-length (and fourth studio album), Dark World. Beginning as a groovy, heavier-than-the-average metalcore act, the band have growth more diverse and also more devastating, upping the ante on both brutality and quality with every subsequent release—and Dark World is no different. Drawing from deathcore, groove, hardcore and metal to create a unique amalgam of eviscerating heaviness, Beacons’ latest album is not just a groundbreaking release for heavy music, but it is a head and shoulders above anything this devastating duet have put out yet.

Dark World is the instrumental brainchild of guitarist and songwriter Kyle Carter—who took the groovy, raunchy musicianship of the band’s debut full-length,Dead Thoughts, and added even more scathing aggression and brutality. From the sludgy, immense introduction, Carter’s fretwork soars over a foundation of flawless, punishing percussion (written with the help of producer and all-around engineer extraordinaire Jesse Kirkbride). “The Serpent Shepherd” and “Meat Hook” see Carter drawing from metal and hardcore just as much as he draws from dissonant, frenzied deathcore—while the melodic duo “Moving On” and “Round Two” sound almost as if they could be B-sides from the band’s sophomore EP, Endless. Where “Meat Hook” is a chuggy, crushing extravaganza and “Moving On” is a moving display of retained metalcore prowess, barn-burners like “A Product of Lies” and “Idiocracy” feature lacerating riffs and grisly grooves that exemplify the band’s recently discovered penchant for deathcore. Lastly, longer and more epic songs like “Finally Free” and “Rising Son” are a melting pot of everything above—combining harmonies with hellish heaviness that make Beacons nearly impossible to classify with a single genre tag.

If you think Beacons’ variety and viciousness is limited to their instrumental approach, you clearly haven’t heard a single song of theirs. Even the relatively tame lead single, “Homewrecker,” makes a clear point to highlight the extreme talent of frontman Taylor Bryant. The somewhat-recently announced new vocalist for Texan metal-turned-hardcore act 2X4, some were skeptical about Bryant’s commitment to continuing his dedication to serving as Beacons’ diverse and devastating voice; however, a mere thirty seconds into “Homewrecker” was more than enough to silence every sentence of skepticism. Bryant’s voice continues to improve over Endless and Dead Thoughts—adding even more to his already sprawling range and beefing up what styles he had already mastered. Shredding eardrums with scathing shrieks on “The Serpent Shepherd” and channeling low, raspy “old-school” deathcore growls and gurgles on “Idiocracy,” Bryant’s range and endurance are matched only by his lyricism. Where the chorus to “Homewrecker” might be a touch corny, there’s no denying its catchiness—and his emotive, heartfelt syllables on “Moving On” and “Round Two” are throwbacks to “Endless” and “Mourning,” two tracks where Bryant poured out his heart to extraordinary result. The takeaway is that Bryant is the embodiment of variety—from an unbelievable vocal range to his vast lyrical stylings—he is more than adept at not just keeping the listener entertained, but rather hooked for the album’s duration.

I suppose I have to address the obvious—few are the bands I have followed since their inception, but Beacons are among them. From binging Complications to falling in love with their newer, heavier side on Dead Thoughts, I suppose I could be labeled a fanboy. Until about a month ago, I didn’t believe Beacons—or just about any other contemporary –core band—would be able to top Dead Thoughts, but Dark World does so with ease. Every aspect of Dark World sees Beacons taking their previous sound to the extreme: the groovy, bouncy parts are groovier and bouncier. The melodies are bigger and roomier, just as the breakdowns are heavier and harder—shaking the listener to the core with every thick smack of the kick drum. Carter and Bryant both pushed themselves to the extreme in every aspect of their writing–somehow working even better together than they had on previous releases—to craft a heavy music experience that defies genre classification. Part punishing deathcore, part moving and motivating metalcore with technicality and aggression added to taste, Dark World is truly a unique sound—a beacon for many new heavy bands to work towards.