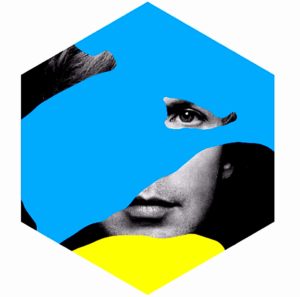 The long delayed new Beck album appears to be here, the follow up to 2013’s “Morning Phase” is “Colors“. It was originally slated for release back in 2014, then was pushed up to late 2016. It is safe to say we have never seen a Beck like this before because with every album he brings something new and unique to the table, whether in be something odd in the multi-instrumentalist’s brain or a pop-like triumph like the album here, “Colors” and it’s like something that the famous genre flipper went wild with.”Colors” marks Beck’s 13th album overall and first since the Grammy Award-winning “Morning Phase”, which was released in February 2014.

“Dreams” is an interesting track that was first released as a single two years ago and is now included on “Colors”. There is a chopped and slowed down breakdown followed by “Oh oh ohs” and some hesitant echoing vocals. The track is very upbeat and moving. Definitely not something to miss if you haven’t heard it in the time awaiting for the rest of the album.

“Wow” is like a funky fresh hip-hop synth Western. From the intro “Giddy-Up“, “Giddy-Up” to the whistling synth backbeats it’s definitely something different. “Dear Life” has some funky guitar work and a very uplifting and a very empowering chorus that’s sure to please. This was also a track that was single released before “Colors” was announced. 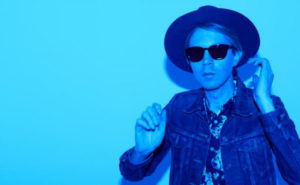 Beck was quoted via Rolling Stone saying, “It’s not retro and not modern. To get everything to sit together so it doesn’t sound like a huge mess was quite an undertaking.” He continued, “these are complex songs all trying to do two or three things at once.” While you can see the complications and musical experimental focuses it seems like Beck Hansen is an artist still managing to make something unique, which is commendable.

“It’s not retro and not modern. To get everything to sit together so it doesn’t sound like a huge mess was quite an undertaking.”

“Up All Night” is more likely to be viewed as the most uppity track which was also released as a single. The track is very Disco-esque influenced and was featured in a Fossil Smartwatch commercial.

“I’m So Free” and “No Distraction” are stand out tracks on the album, “No Distraction” is the fifth song we’ve heard from the record, following “Wow,” “Dreams,” “Up All Night,” and “Dear Life” and  the track, “I’m So Free” is what showcases a huge portion of Beck’s mixing skills with Beck going from falsetto to half-rap, undercut by a snarling guitar and hip-hop beats.

“Colors” is the title track that is a majorly upbeat ride. There are many vocals changes and a collaboration of multiple instruments that Beck is known for. The track is very energetic and amped. The vocal delivery of, “Colors” is right on point with the rest of the album there is no doubt this is why it was chosen for the the title track.

Overall, “Colors” is a relentless release of the upbeat nature. Pop and Synth collide to produce an album unlike “Morning Phase” straying away from the meditative and taking a plunge into a more view of happiness and bouncy beats. 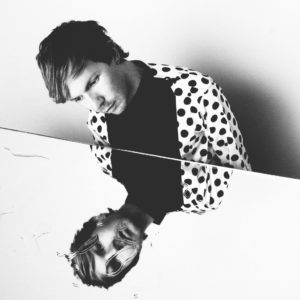 “He was the top of the mountain. He was someone that you could measure what your doing against.”

Official Video for “Up All Night”