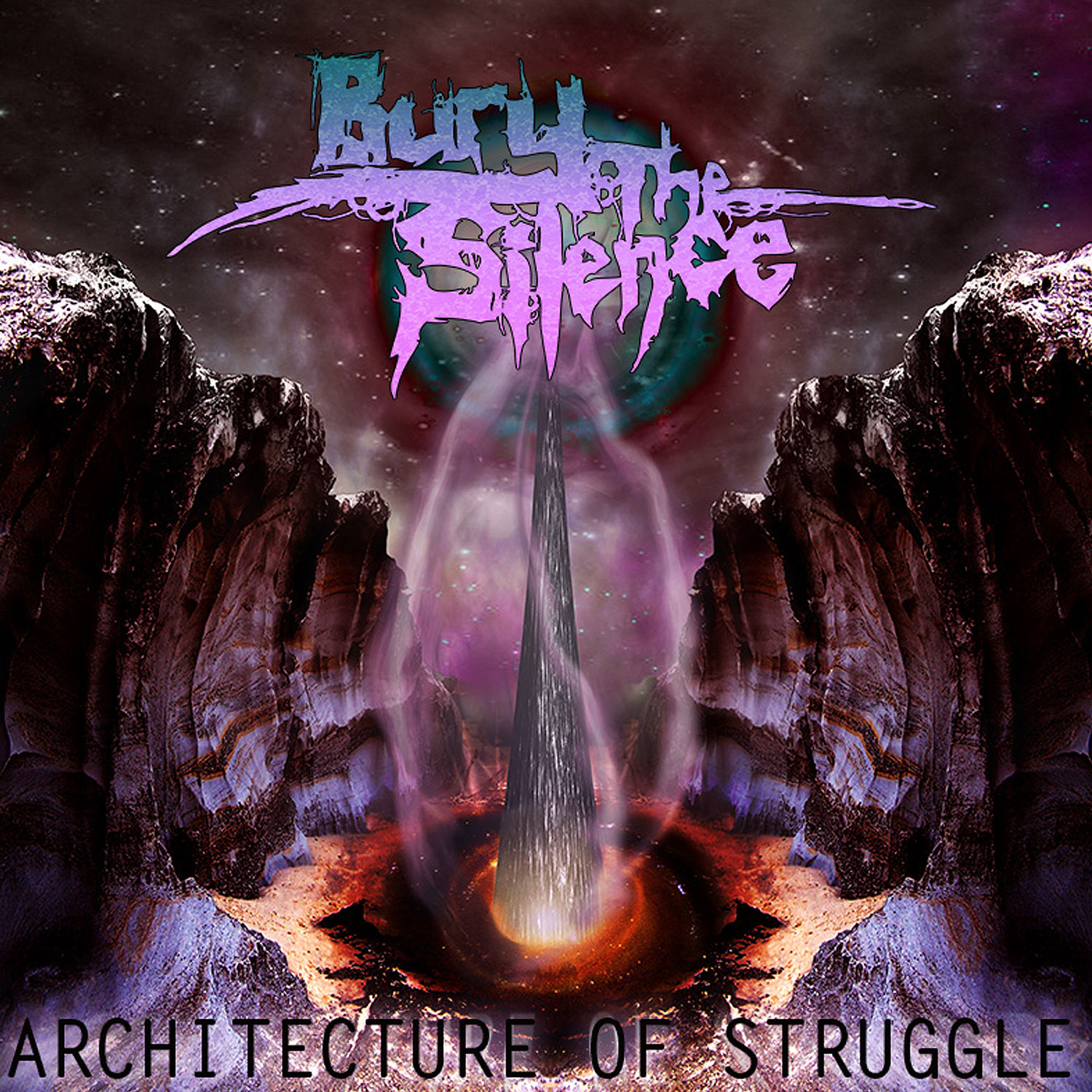 It’s easy to write off deathcore as a genre with little lyrical redemption–especially when appended with the infamous prefix “technical.” The write off is understandable and more or less well deserved; sure the vocals are almost always stunning, but the lyrics can leave the listener wanting (to say the least). Enter Michiganian technical deathcore outfit Bury the Silence, and their whirlwind EP Architecture of Struggle. Stacked high with layers of blisteringly technical instrumentation and talented vocal work, Architecture of Struggle is built on a foundation which has thoughtful and well written lyrics as well–for those who take the time to decipher them.

At it’s most superficial level, Architecture of Struggle is a technically impressive juggernaut of an album. Incessant, pummeling drumming constantly batters the listener, while the bass roams from providing an inaudible low end alongside the drums, to high, quick fills and flourishes alongside the shredding fretwork of the guitars. The guitars themselves duel almost non-stop throughout the EP, stopping only to take a jarring nosedive into muddy, grimy breakdowns. Even then, the guitars’ high-pitched, lightning fast nature hardly takes a break, sneaking in quick harmonics and sweeps between chugs where they see fit. “Dismantle the Past” shows Bury the Silence doing what they do best, with a deep, groovy breakdown, spiked with a tremolo-style lead and technically magnificent drum work.

However, as the listener works downwards through the dense and tightly-packed layers which comprise Architecture of Struggle, they begin to notice one of the two things which differentiate it from its profusely technical peers. The first of these two things is the vocals–and not just the immense range of screams and growls they are comprised of. Rather, it’s the fact that the vocals manage to hold their own and keep up with the break-neck pace of the EP’s intense instrumentation. It’s incredible enough that the vocals are able to range from screeching, animalistic, The Black Dahlia Murder-style highs down to deep, guttural, Oceano-esque lows. However, when placed into instrumental context, the listener is even more taken aback. “The Jealous Heart of a Weak Man” is an excellent example of this; the vocals are not only able to keep up with the skin-boiling blast beats, but can also drop into a bone-crushing breakdown without batting an eyelash.

The second facet of Bury the Silence’s stand-out excellence becomes prevalent with the examination of the vocals themselves. “In Darkness I Exhume,” for example, is not only a technical and vocal masterpiece, but also contains thought-out and intelligent lyrics which go above and beyond the genre’s typical gore, misogyny and violent nature. The fact that the album’s lyrics manage to match the impressive nature of their vocals and instrumentation makes Bury the Silence’s Architecture of Struggle a figurative layer-cake of deathcore expertise. As the listener takes the time to listen to more than just the instantaneously impressive instrumentation, they are greeted with brilliant vocals, and equally remarkable lyrics to match.

While pin-point accurate timing, intricate and technical musician ship and dynamic vocal diversity are all trademarks of an up-to-par technical deathcore band, sometimes a release can still ring hollow. Then there’s Architecture of Struggle, an EP that shows Bury the Silence’s determination to go above and beyond the efforts of their peers and shine not only instrumentally and vocally, but lyrically and dynamically as well.

For Fans Of: The Black Dahlia Murder, A Thing About Machines, As Blood Runs Black