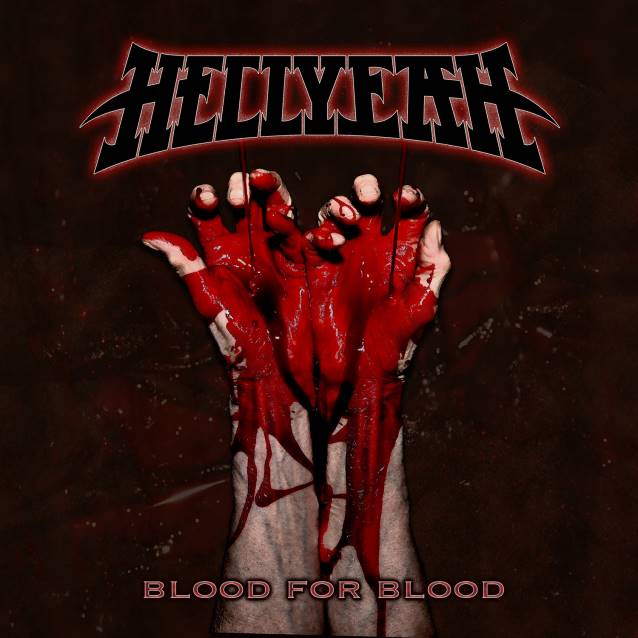 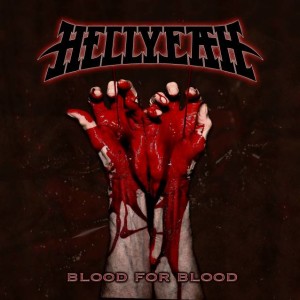 If you’ve ever been a fan of Mudvayne, then you’ve more than likely heard of the supergroup HellYeah. Their debut, self-titled album was released in 2007 and spawned the hit singles, “You Wouldn’t Know” and “Alcohaulin’ Ass”. However, with the 2 releases that would follow, there was a lot of skepticism on what happened to the band. They sounded more generic, more mainstream and, overall, not like HellYeah at all. With their newest offering, Blood For Blood, though, we get a glorious return to form. The first to feature new guitarist Tom Maxwell (ex-NothingFace/Skrape) and Kyle Sanders (ex-Bloodsimple), this album shows the heavier side of the band, previously explored on Band of Brothers, in the way that it was meant to be shown.

One of the things I loved most about Mudvayne is the fact that vocalist Chad Gray’s voice was so unique. When something came on the radio or came through your speakers, you automatically knew it was him. Also, when it comes to numetal-esque rapping, this guys has it down to a science. Gray has quickly proven that, while Mudvayne will always be a part of him, he has a desire to escape the shadow of that hiatus. From the title track/opener “Blood For Blood (Sangre Por Sangre” to the 4th track, you will be relentlessly pummeled instrumentally while having Gray scream unapologetically in  your ear. Will you mind? I doubt it because this man and this band has never been ones to apologize and you love them for it! However, the album takes a darker, more melancholy turn with the song “Moth”. This track is about how it feels when everyone you loved looks down on you. “Like a moth to a flame, my wings burn away. When things are too beautiful, I smash them to pieces. The more that you love me, insecurity releases. I’ll be the one that’s left to blame so I’ll sell my soul to be like a moth to a flame.” The chorus alone truly sums up this track. It really pulls at the heart strings and the instrumentals, sad and slow really add to the overall depression this track seeks to bring out in the listener. For good reason, though, as its a way to teach you that respect is earned, not given. You shouldn’t sell yourself short just because of what others think about you. Always remain true to yourself and don’t become like a moth to a flame. The rest of the album is a mix of old territory and new alike, all leading up to the final track “Black December”. It’s a track about facing your darkest days alone, proving your enemies wrong and reaching the top.

Overall, I was INCREDIBLY impressed with Blood For Blood. It’s one of the best releases of June without a doubt and proves that what you thought had become of this band was wrong. With this new line-up, they seek to conquer the world one listener at a time. While the album has a very Mudvayne-esque sound, they have certainly escaped that shadow, in essence. Pick up your copy out now on Eleven Seven Music and re-discover the love you had for HellYeah!