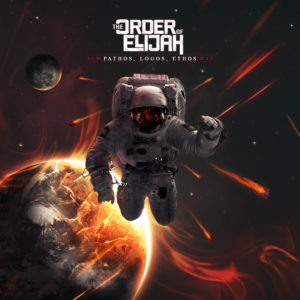 Artist: The Order Of Elijah

The Order Of Elijah come right out the gate with an unpresidented onslaught of thunder. I had the pleasure of meeting and working with the band awhile back when they performed at the House Of Rock in Corpus Christi, Texas. The show’s performance was mindblowing. The band was also accommodating and informative and a blast to chill with.

“Pathos, Logos, Ethos” will definitely be one in the books for them. The album name is derived from the Greek words Pathos meaning emotion, Logos means logic, and Ethos means ethics. This is exactly the theme of the album, with a bit of a political statement mixed in. 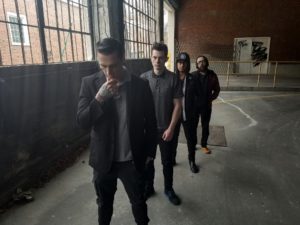 So starting off I’d like to point out the first single, “Highly Functional Sociopath” was automatically a single release in my mind as soon as I first heard it live. It has all the key elements of a breakout track: hard hitting vocals and the riffs backing by an amazing percussion and impressive bass lines.

I was able to catch up with Shannon Low and get a quote to describe the new album:

“Pathos, Logos, Ethos is an album two years in the making. The majority of lyrics were written in a Detroit hotel during a time of intentional isolation. The album reflects, not only the evolution of metal, but of American culture as a whole.”

The next track, “Hitchens Butterfly” is a statement track on this album. It really seems like a slight reference to George Galloway, the British MP and anti-war campaigner, was labelled a “disgrace”  by pro-war journalist Christopher Hitchens, who was himself branded by Mr Galloway as a “slug” leaving a “trail of slime“. The track offers up an awesome intro and dropping into the serious gnarly growl of Shannon Low. With High intensity drums and energy. This was a track to be remembered.

When seeing them live I quoted them as, “..full of intensity and energy and this is a band to see if you call yourself a rock fan” and that holds true to the album, “Pathos, Logos, Ethos” which brings some crazy intensity.

I will point out that the track, “E Pluribus Unum” has a political potrayal in the video, these guys speak their minds and clearly a political anti – government mindset is upon the band. This is still a rocking track that brings this to the table: while having a soft intro, it brings some intensity and high octane despite being a ‘softer’ track on the album. It even has a great drum and guitar riff solo that really brings the track together.

“Cut From the Cord” is definitely a track that brings alot to the album, with clean and screaming vocals, and a highly octane drum not so subtle in the back. It shows Order Of Elijah’s range and capabilities as a band. Order Of Elijah has had a rough road but has left the world in it’s wake with a smile, prevailing above what the scrutiny has said, and this album, “Pathos, Logos Ethos” will be a huge statement for the band. 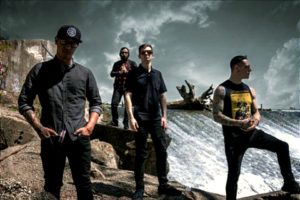 The band decided to keep previous drummer, Josh Newlon’s clean vocals on some tracks of the album, the current roster change went behind the scenes while the album was being prepared, the guys of Order Of Elijah have since picked up a new drummer Jesse, which has met the expectations of the band for future events.

Overall, I would definitely say that The Order Of Elijah have definitely spoken up and put their foot down on what they believe and have spread their voice to set everything straight. The band had underwent a bit of scrutiny but have risen above all the media and masses confusion and whispers. “Pathos, Logos, Ethos”  is a belief system that if used correctly could improve the quality of life among the human race.

House Of Rock: Concert Review: The Order Of Elijah and We Were Giants