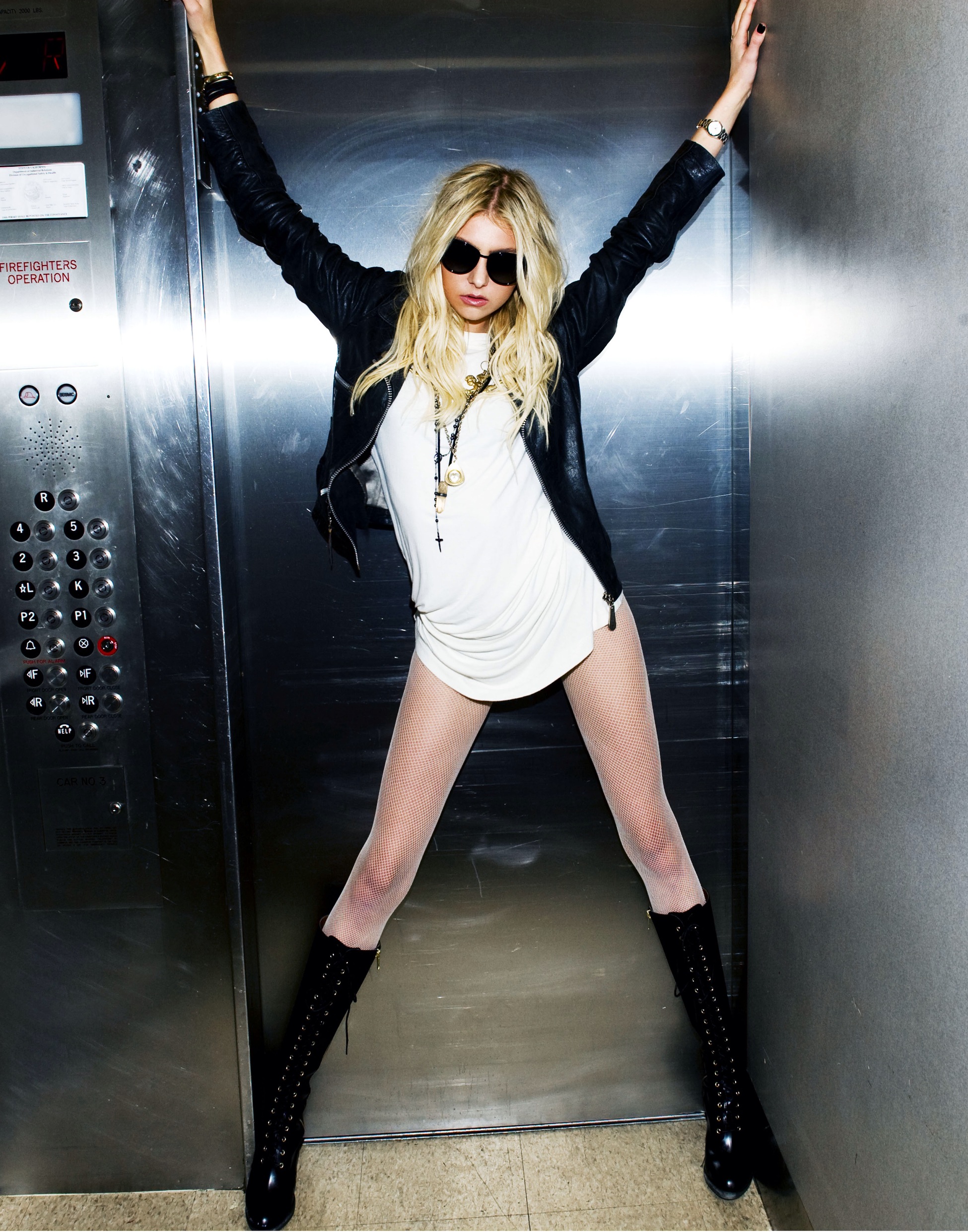 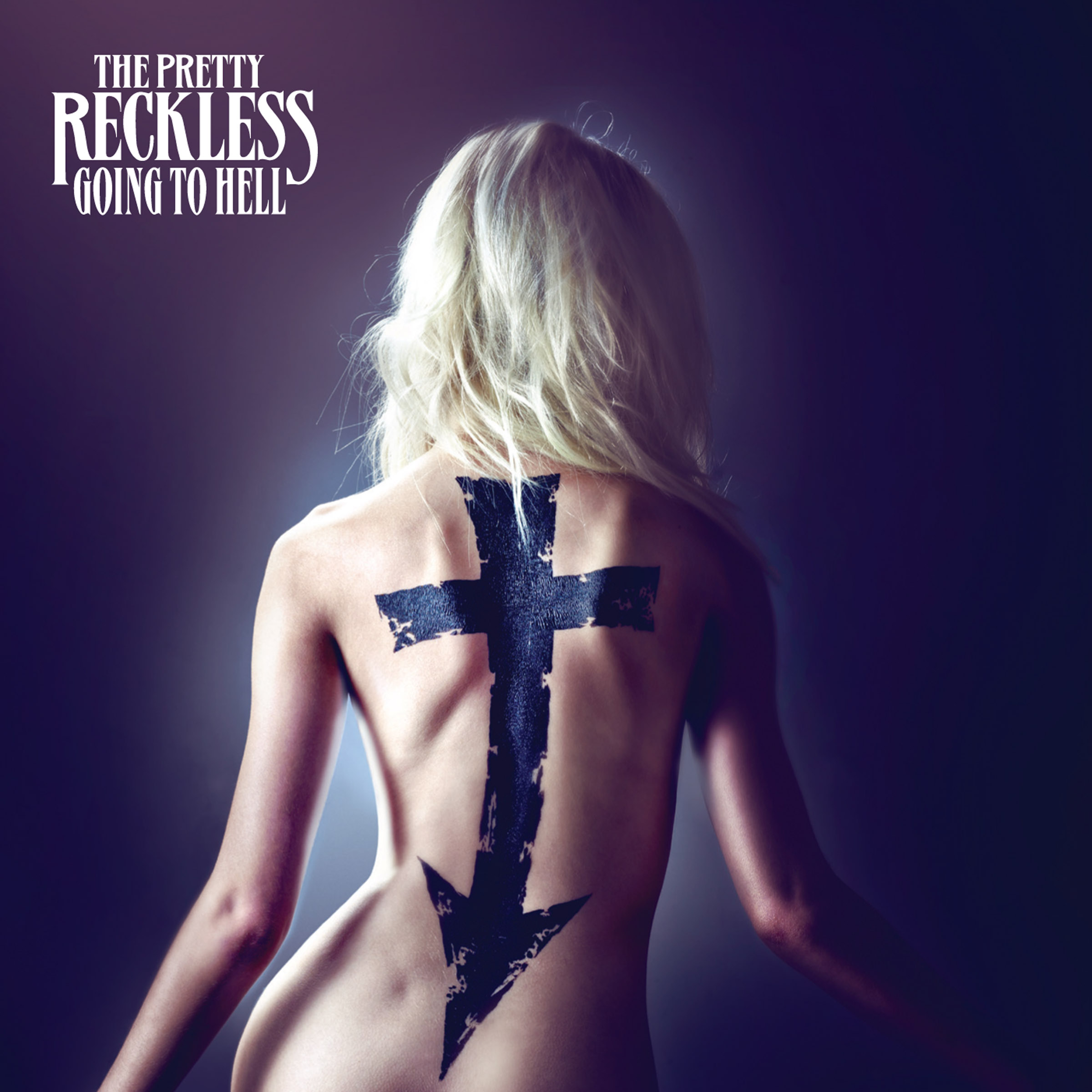 The Pretty Reckless, fronted by Gossip Girl star (and Cindy Lou Who from Ron Howard’s adaptation of Dr. Seuss’ How the Grinch Stole Christmas), has been making waves since they released their debut album back in 2010. However, Momsen has shed the innocence we’d all come to love for a badass rock-chick facade. Oh, my, they grow up so fast! With the release of their debut album, Light Me Up, in 2010 the band saw a #1 album spot on the UK charts and landed at #65 on the Billboard 200 charts! Pretty impressive for a band who’s been busting their asses since 2007 to get to where they are now. Now they’re back with their sophomore album, Going to Hell. As we’ve come to expect, you’ll hear Momsen leave her inhibitions at the door, scream her heart out and truly embrace the sinner within her. The album actually begins on a very raunchy note, but I won’t spoil that for you, readers. But it’s not all beer-drinkin’, hell-raisin’ fun, there’s some tearjerkers on the album as well… you will feel every emotion at some point during this album, make no mistake about it. This band really knows how to instill emotion into the hearts of their listeners. So, without further ado, I give you Going to Hell!

If you haven’t guessed the overall theme of this album, it’s about living for the moment, giving life everything you’ve got with every last breath and never backing down from a fight! That being said, I don’t think 2 tracks fit this theme as well as “Going to Hell” and “Heaven Knows” do. Of course, “Going to Hell” is about embracing the sin within yourself, while “Heaven Knows” is about reflecting on those sins. The best part? These 2 tracks are back to back on the album! The videos, which I’ll leave below, could easily be taken as 2 parts of the same story, as well.

Subtlety has never been TPR’s thing, as you will see from the beginning of the opening track “Follow Me Down”. Again, no spoilers but it’s definitely not something you want to listen to with kids in the room. The album opens on a groovy note, but immediately throws you into the gritty rock vibe that we’ve come to know and love. “Love comes with such a cost, have I lost my mind? Follow me down to the river, drink while the water’s clean. Follow me down to the river tonight, I’ll be down here on my knees.” Well, from the get-go, we begin to realize that Momsen is, once again, proud of her sexuality. This track is about how crazy love can drive you, but how when you’re lusting after something, you just can’t get enough.

“Going to Hell” opens with one of the sweetest riffs I’ve heard in hard rock in awhile, the video escalates that about ten times and drags you down to hell where Momsen serves as the devil. The track opens with a whisper of “Don’t bless me father, for I have sinned”. “For the lines that I take, I’m going to hell. For the love that I make, I’m going to hell. Gettin’ heavy with the devil, you can hear the wedding bells.” This track makes no mistake about the fact that she regrets nothing. The preacher sits there and listens to her confession, condemning her further with every breath and she’s loving every minute of it!

“Heaven Knows” is more of an acknowledgment of how sinful the world can be and, rather than regretting it, embrace it. There’s a bit of a creepy feeling to this track with the choir of children you hear throughout. But this track is definitely the other side of the spectrum, going perfectly with the previous track. “Oh, lord Heaven knows, we belong way down below.”

“House On a Hill” scared the living hell out of me at first listen. It starts off with static, but the static sounds like a scream… imagine how that sounds with the volume at capacity! “Somewhere in the end, we’re all insane to think a light I had could save us from this grave that’s in the end of all this pain. In the night above, there’s a light up in this house on a hill, the dead are living still. Their intention is to kill and they will, they will.” I can’t tell if this is a zombie reference or a reference to souls lost to their sins. Either way, it’s definitely one of the tracks that had me tearing up a bit. I could feel such sadness for whatever she is referencing, that much is for sure.

“Sweet Things” is a track about temptation, simple and plain. We even hear what’s to be assumed as the devil’s voice calling out: “Hey there, little girl, come inside I’ve got some sweet things. Put your hair in curls, paint you up just like a drag queen.” In the end, the temptation was too much and she succumbed to the evils that tempted her. “I’m evil knockin’ at your door. Evil… makin’ you my whore!” This track, instrumentally, has a very evil feel to it… which is perfect given the subject matter. The most surprising part is the fact that Momsen actually screams a part in this track! “Hey, where ya goin? I wasn’t through, I’m gonna have my way with you!” she screams as the demon completely possesses her.

The interlude, “Dear Sister”, is an eerie call out, wishing to lie because no one seems to believe that she is herself through all of her actions. “Dear sister, can you help me lie? I’ve told the truth so many years, but no one seems to wanna hear it. I’m not someone else inside, I’ve been along this lonely road. Looks like I’m not comin’ home, but I don’t mind. Please don’t cry.”

“Absolution” begins with a country feel to it, then breaks out into an all-out headbanger.  “Burn boy,  be a man with legs too weak to make a stand, we’re all crucified in the end.” This track is about standing up for everything you believe in, taking responsibility for your actions and the consequences thereof. “Time keeps rollin’ on, I need my absolution.” No matter what you do, time is not going to stop for you, so you might as well make the best of what you have/have done, whether it be good or bad.

One of the slower-driven tracks is “Blame Me”, a track about accepting the blame for everything you’ve done in life. Everyone you’ve hurt, everyone you’ve wronged and everything you’ve done without thinking of the consequences. It’s about realizing how much it hurt you in the end, regardless of how you may have felt at the time. “Blame only life for me, blame only life on me, I give it all for free, blame only life on me.” This is definitely a track that will have you reflecting on the theme of the album so far, given that the majority of it has been pride and sin so far.

Another semi-interlude track is “Burn”. It’s an acoustic track, just under 2 minutes that has Momsen reflecting on her actions, wanting the fires of hell to overtake her because she became something she never wanted to be, all for the sake of love. This is definitely a stab at how love really is, especially when you realize that the love you thought you had, wasn’t love at all.

The sin starts back again as “Why’d You Bring A Shotgun to the Party” rings in, fittingly, with hearing a shotgun cocked back. This is a track about how senseless war is. “Why’d you bring a shotgun to the party? Everybody’s got one, there’s nothin’ new about it. Wanna get the girl, then you should have come without it!” all the while hearing the sounds of gunshots in the background. This track, lyrically, might open your eyes up a bit about how the world is.

One of the most fun-sounding tracks on the album is “Fucked Up World”. It almost sounds like a revamped 70s rock track, complete with simple guitar riffs, tambourines and the overall vibe. It’s a track furthering my point to the last track, nothing is pretty about the world. It’s lined with sex, drugs, fakes and tyranny. Is this truly what the world has become? Yep! Now embrace the monster we’ve created! “I’ve got one foot in the cradle, the other’s in the grave. It’s a fucked up world: What do you get from it? Sex and love and guns that are cigarettes.”

The final track on the album is “Waiting for a Friend”, the slowest and hardest-hitting track on the album. It’s a statement about how alone we truly are in the world. “I’m waitin’ for my friend to come break me out.” It’s a beautiful track and, as I said, it will definitely break some people down. It truly hits home, because it makes you realize how alone you are when you do things without consequence. So think before you act and keep those you love closest to you.

“Going to Hell” is a bold step in a great new direction for The Pretty Reckless and truly shows their skill as musicians. It’s got a great message in the end, but it’s lined with the fun types of tracks you’ve come to love from them. Pick up your copy when it comes out on Razor & Tie March 18th!