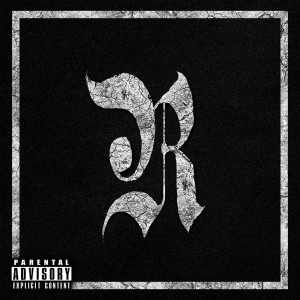 When one thinks of a robot, they think cold, emotionless and precise. After all, cybernetic engineering rarely is portrayed as “soft and fuzzy”—for every Wall-E there might be, there are multiple “terminators” or “drones” that are nothing but unthinking, unfeeling harbingers of destruction. With this in mind, one might expect Robotface to be a band specializing in technical, rigid musicianship and emotionless vocals—when in reality, they are anything but. These Indianapolis annihilators are comprehensive masters of all things metalcore—with tracks hat highlight catchy choruses and clean vocals juxtaposed with hyper-heavy, disastrously dissonant anthems of utter aggression. While Robotface likely have more in common with Schwarzenegger’s Terminator than they do with Disney/Pixar’s loveable Wall-E, they still prove themselves to be Human(oid) after all,capable of spanning an immense spectrum of various heavy music styles to create an engaging and entertaining listen.

In a single word, Robotface’s full-length release is explosive—they know not the definition of “subtlety,” or if they do, they omit its use entirely. From the get-go, the band’s self-titled release is a maelstrom of aggression, energy and catchiness all divided equally to entrance the listener. Tracks like “Blacknotch” and “No Comment” highlight the band’s heavier side—using raunchy, ruthless percussion as a backdrop for grimy bass grooves that writhe beneath dueling hyperdissonant and downtuned guitars. Meanwhile, the first full track Robotface offer the listener is a more “tame”track, using punchy, but basic percussion to provide a sturdy foundation for riffs that flow into a harmonious chorus to highlight Robotface’s more radio-friendly proclivities. Finally, there are tracks like the bouncy “Get Loud,” a track that rivals Attila for party-friendly heaviness that a listener could hit a bong or hit an infant to. “Get Loud” is Robotface operating on all cylinders, with groovy, riff-driven verses that are punctuated by displays of no-holds-barred heaviness with vocal patterning that rattles off like a machine gun, punching holes in the listener’s head.

With a profound supply of instrumental diversity, Robotface are forced to answer with an equivalent display of comprehensive vocal talent—a feat that the group accomplish with enormous ease. Name a vocal style—any style that you’ve seen arise in metalcore bands from recent years—and it shows up somewhere on Robotface. Looking for grisly, eviscerating low growls? “No Comment” and “Midgar” have your number. Likewise, “Get Loud” does just as the title would imply—as Robotface attack the listener with a gritty mid-range roar and shrill, quickly-shrieked high screams. Even “Line in the Sand” shows off crooned clean vocals that provide the track with an anthemic, catchy chorus. Robotface’s vocal element is home to diversity rivaled only by endurance and power, as every track on the band’s latest full length release used vocals as a highlight—never giving the listener a rest from the gargantuan arsenal of roars at Robotface’s disposal.

If you seek technicality and tediously written metal with a penchant for progression, it’s best you keep looking. Robotface’s full length is a relentless, riotous release that might not take home any awards based on technical merit, but has all the makings of a crowd favorite or cult obsession. It could be described as a more fun Blinded Witness, or maybe Attila for people who hate Attila, but at the end of the day, Robotface is too sprawling to pigeonhole into a particular style of heavy music. Bouncy, bold and brutalizing, Robotface’s debut release is a brief but blistering crash-course in crushing music that has everything a fan of heavy music could want. With tracks that emphasize catchiness and speed for more novice enthusiasts of aggression couple with low, slow and lurid spine-shredding songs for veterans of violent, abrasive music, Robotface are metalcore’s Swiss Army knife, and they’re primed to cut you wide open.