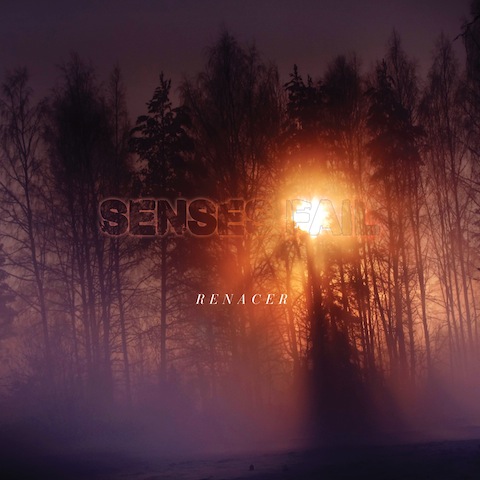 Senses Fail is a band that needs no introduction in the music scene, but with their 5th full-length studio album Renacer, be prepared to forget all about the Senses Fail you thought you knew. Buddy wanted to re-invent the band’s sound and that is just what he has done on this album. Renacer, which means “rebirth” or “to be reborn”, is a double entendre for this band. With the 2nd half of their career in full-swing, they wanted to shock and awe fans with something entirely different, while still keeping a little of the old sound. With Renacer, we get the heaviest Senses Fail record to date! It doesn’t stop there, once you read the lyrics, you will notice they are more mature than ever before. I was incredibly impressed with how well this new sound works for them. There are many fans who may not like it because, as I mentioned, it is the heaviest material they have ever written. It is my distinct honor and pleasure to bring you my review of “Renacer” which hits stores March 26th!

Holy Mountain: This track is a heavy love song. “Time moves slowly when I have your hand in mine. The sky burns brighter when I look into your eyes.” These lyrics express the deep heartfelt love that Buddy has for his girlfriend and how every person who has fallen in love has felt or feels. This track is an absolute statement about the inner workings of love and the things going through your mind when you fall in love.

Mi Amor: Yet another love song, this one being just a bit different in the essence that, while heavier, it is still just as heartfelt as the track preceding it. This track has a lot of Spanish lyrics in it because Buddy wanted to connect with his Spanish-speaking fans as well as his long time English speaking ones. This track is yet another statement about the feelings love gives you.

The Path: I have listened to this album many many times since I received it, but more than any other track, I find myself screaming the beginning of this one. “Look in the basement of your heart. There is a light that just went dark. Look in the wreckage to find reverie. There is a truth that we all must seek.” The meaning I take from this track is that we all have to look inside of ourselves in order to find the path we must take in life. “Pull up the nails, dig up the floorboards. Come face to face with your subconscious mind. The devil, the sinner, the saint, they’re all in our blood. But we must choose the path that we walk on. We get to choose the path that we walk on. Light the flame in your soul and burn on.” These lyrics right here speak volumes about the track. This band has always been one to try to be a light for those in the dark and this track is definitely going to help a lot of people out in their struggles, I think.

Courage of the Knife: This track is not for the religiously-oriented, but it’s one of my favorites due to the fact that it hits on the truths which are not spoken in the many books found in religion. “Embrace each day with amazement inhale the sun. Two dying start reborn as one, my God is a metaphor that transcends time, much more than paper held in a spine.” Here’s what I think this track is about: You can believe what you want as far as religion goes but in the end, you will see that it is you and the ones you keep around you who will get you through life. Words on paper can offer much comfort for many subjects and thus religion thrives, but for those with open minds and hearts, you can only realize certain things through experience. Never let go of the ones who love you and only depend on those who you know will be there in the end. After all, if God existed, as many believe, why would he let these horrible things that have happened to the earth happen? Is he/she there just to punish us? It’s hard to believe that an entity of such omnipotence and compassion could be so cruel. He is supposed to forgive us for all of our sins so wouldn’t all of this be hypocritical? I don’t know, it’s just my thoughts as I am agnostic.  Take this track for what it is, an incredibly heavy and truthful tale.

Between the Mountains and the Sea: This track is another one of my absolute favorites that Senses has released. It’s another track about the untruths in religion. This one is about questioning your reason for existence and finding it in yourself. Listen to the lyrics when you hear this track for the first time, definitely take it all in. It will really have you contemplating things.

Renacer is absolutely the heaviest and most mature Senses Fail album to date. I see no flaws in it whatsoever, which is very rare in albums. Many fans will love it and others won’t because of the fact that it is such a different sound for them. There are some heavy tracks, some beautiful melodies, some incredible and truthful lyrics and most of all, a sense of completeness which you don’t get with most albums. I recommend this album highly to any fan of music that really makes you sit and think about things. Like I said earlier, forget all about the upbeat and angsty Senses, because they are taking it to a whole new level with this album! Pick up your copy of “Renacer” out March 26th on Staple Records!