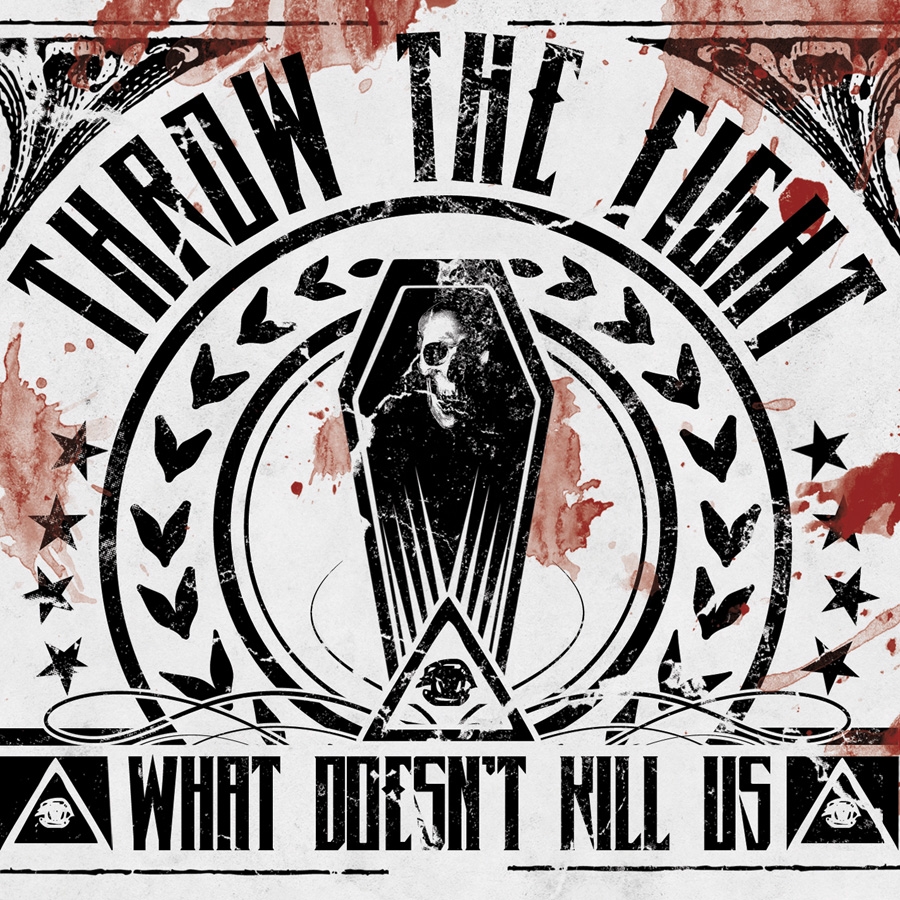 Album:  “What Doesn’t Kill Us”

Following up their past releases, “The Fire Within” and “In Pursuit of Tomorrow,” the Minneapolis rockers Throw the Fight present, after their signing to Bullet Tooth Records, “What Doesn’t Kill Us.”  After playing many shows and festivals with some big names in the scene, such as Drowning Pool, Avenged Sevenfold and Sevendust, these boys are out to show that they’ve still got it in them, and have much more to show the world.  “What Doesn’t Kill Us” is a big push ahead, and gives Throw the Fight a strong spot in the scene, and a headfirst launch into a promising and thrilling future.  Now, here’s my review of their album, “What Doesn’t Kill Us”:

Pushing through boundaries set up by the rock genre and stepping out of their comfort zone, Throw the Fight pack quite the punch – throwing listeners off with some sweet and spicy breakdowns.  But don’t be discouraged, rock fans, these boys make sure to keep a grasp on that good rock sound with tracks like “Not So Hollywood,” tracks that just make you want to pump your fist and get wild!  The powerful vocals of James Clark are nothing to take lightly, either – blasting through your speakers and creating a great sense of atmosphere, and the group chants throughout the album are enough to make you feel like you’re in the music itself.  The songs are well put together and keep up a good flow, no random out-of-synch changes to be found, and nothing sounds out of place.

To be honest, this album can sometimes sound “cliché,” like you’ve heard this material before – though it does keep up a good mix of more of a “hardcore” sound and rock.  Also, the guitars aren’t exactly the greatest in the world, not exactly to and “extravagant” standard.  At times, as well, it becomes hard to distinguish between each individual sound in the music, sounding like one big audio clip.

This album is pretty good, worth many listen throughs, but there definitely are some songs that are very good, and others just not that great – no real mid-ground to be found between the songs.  This does, however, give the listener a good mix of heavy and soft, not at all bland or forcing the listener to listen to one song after the other without knowing the next track has even begun.  A great album full of variety and, overall, talent.  To me, personally, it is a bit of a hit-and-miss, though, but I’m not exactly the biggest authority on the “rock genre.”

“Lights Out for Summer”:  This song stands out to me because it seems to be the most exciting and well put-together track to be found – fast paced, powerful and full of energy.  This song also shows some of the best guitar parts to be found in the album, and also gives the listener a powerful punch of energy.

I’m not one hundred percent sure what I, personally, think of this album – not a hard thing to believe, considering, like I’ve said, I’m not exactly “big” on rock, but to be honest, I’m pretty sure I actually like this album.  I enjoyed it, it has a lot of energy and excitement – it’s a really fun album, and shows that the band put a lot into it.  I’m sure, without a doubt, that all fans will be happy to hear this album, and won’t be disappointed a single bit – who knows, maybe they’ll even be surprised to hear how great it really is.  “What Doesn’t Kill Us” was released on June fifth of last year through Bullet Tooth records and is available on iTunes and in stores like Hot Topic, Best Buy, etc.  Buy it up and enjoy, support good music!

For Fans Of:  Get Scared, Papa Roach, Lostprophets