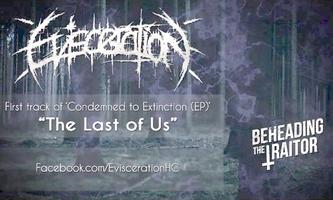 Germany, a country most known for its large amounts of beer, women and sausages has spawned a 5-headed Deathcore / Death Metal beast called Evisceration.
Though not a new band, their newly released single ”The Last of Us” shows that they stepped up their game immensely since the 2010 demo,  both in technicality and brutality.
I can’t wait to see what the new upcoming EP is going to be like, if you’re a fan of crushing music such as Ingested or Carnifex, look no further because this is for you!