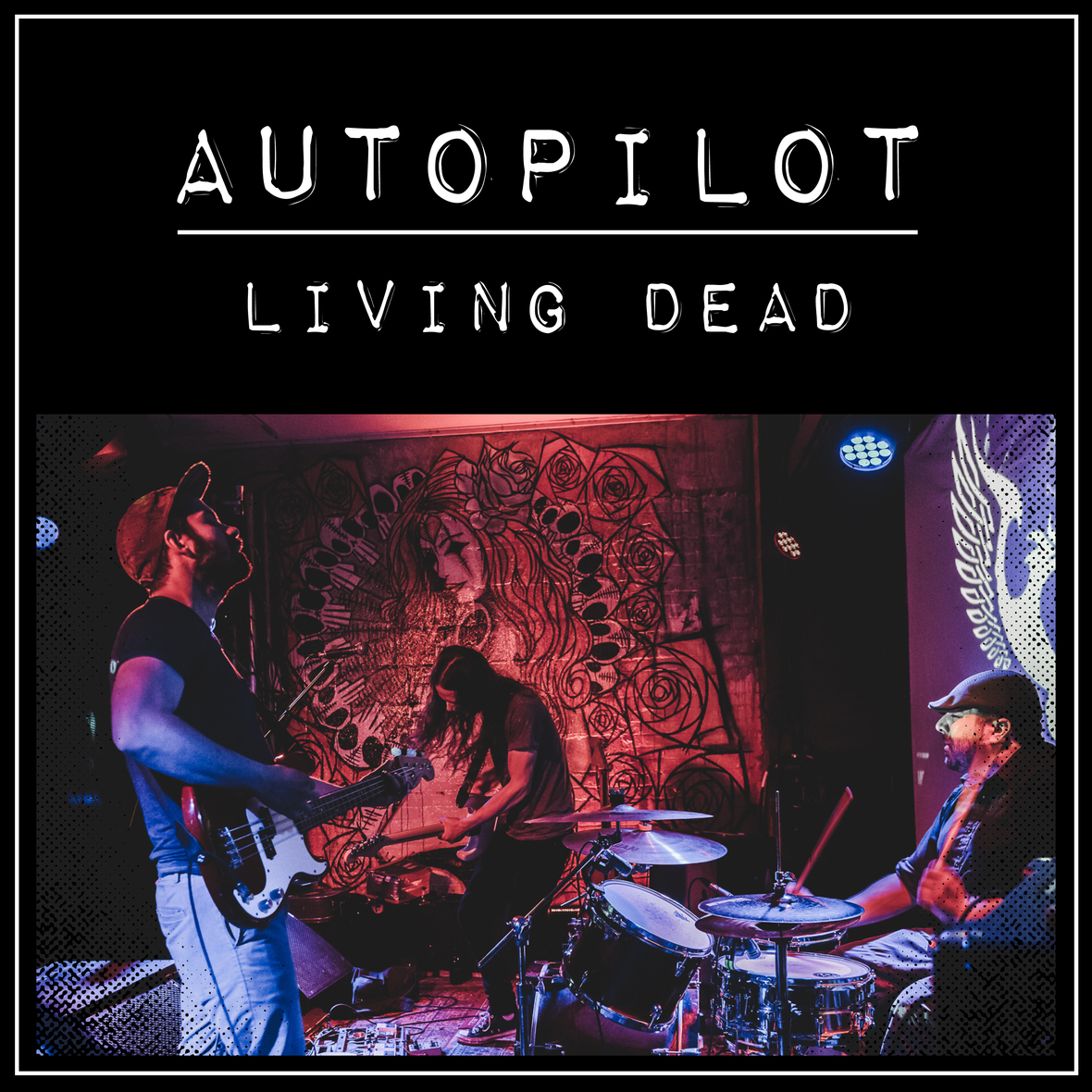 “Love can be terrifying. In the spirit of Halloween, director Kevin Van Witt put together his take on our track Living Dead edited to the classic movie The Night of the Living Dead.” – Marlon Harder 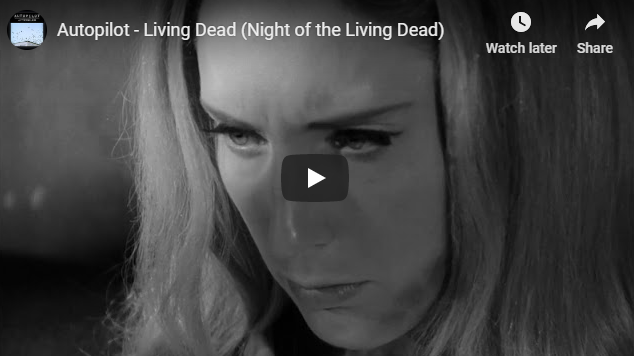 “While still keeping this almost pop like vibe while staying in the alternative rock world, ‘Living Dead’ is one of those songs that you can almost see being performed live if you close your eyes while listening to it. It has a power and strength between it both vocally and musically that would fit a Friday night out so damn perfectly. This was a song where, while listening to it, I regretted not making it to their Minneapolis show last week. It was also the first song that had me dancing around my apartment a little bit.” Girl at the Rock Shows 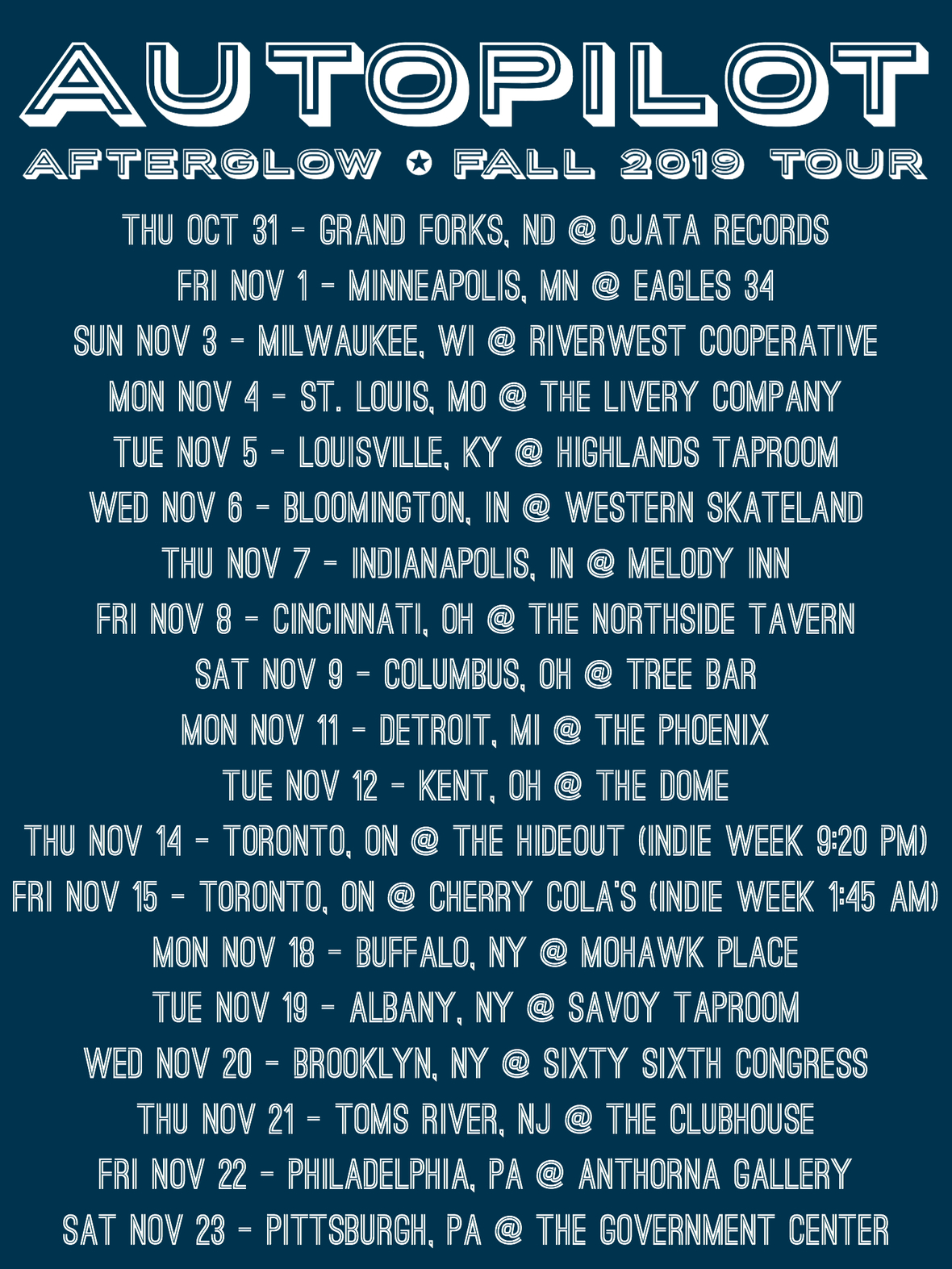 Over the last few years, Canadian alternative rock band Autopilot has become a staple in the Saskatoon indie music scene. Known for their thoughtful lyrics, powerful hooks, dynamic stage show, and obsessive hard work, they somehow seem to effortlessly walk the line between passionate art and massive appeal. Over the course of 3 full-length records, and one EP, they’ve become road warriors, touring relentlessly across Canada and the US. They’ve been praised for their tireless work ethic by publications like Canadian Musician Magazine, who called them “quite possibly one of the hardest working bands in the country.”

Autopilot’s highly anticipated new record Afterglow, their most impressive and accessible record to date, produced by legendary Saskatchewan producer, S.J. Kardash, and backed by their most ambitious marketing campaign yet, finds the band reaching for bigger sounds, bigger ideas, and much bigger audiences. The release of their new single “Undisguised” following the success of preceding singles “Living Dead” and “Weightless”, is proof positive of this growing momentum.

Marlon Harder, the driving creative force behind Autopilot, has a knack for finding beauty in simple moments, and hope in the challenges life tends to bring. Inspired by the early writing of Modest Mouse, he seemed to know very quickly what he wanted to do in life. After the release and College radio buzz of their first record Now It’s Time You Know What We’re Losing For, unexpected illness struck, effectively putting the band on the back burner for the foreseeable future. But he never quit writing. Health improved, lineups changed, and in 2013 they teamed up with S.J. Kardash for the release of Diamond Rough, a sophomore full-length forged in the fires of struggle, faith, and growing maturity. The record widely expanded their media exposure across North America; in print, online, commercial rock radio, CBC, podcasts, and through licensing placement on major US television networks.

Their 2015 release, Desert Dreams, reunited the band with Kardash, and represented a significant leap forward in both the ever expanding sound, and rapidly growing fan base the band had built strongly upon with 2013’s Diamond Rough. Along with debuting on Earshot’s Top 50 chart, Desert Dreams received heavy rotation on The Verge, Sirius XM’s Iceberg Radio, and garnered the attention of New York’s prestigious CMJ; while securing the band showcases at Toronto’s CMW and Indie Week festivals, AYE Fest in Cincinnati, Fairfield Revival Festival in Minnesota, and opening doors to tour extensively in the United States.

Autopilot has always been a dedicated touring band. In support of Diamond Rough, Desert Dreams, and the 2017 release of the single “Hurricane” / “Crooked Lines”, the band spent countless months on the road touring across Canada and the United States. These tours have included stops at Jersey Shore Festival, Millennium Music Conference in Harrisburg, Pennsylvania, and a mainstage performance at Mesa Music Festival in Arizona supporting hard rock legends P.O.D. October 2018 marked the release of Afterglow, which chartered in the top 200 on the NACC North American College Charts as well as specialty radio in the US.

The future is truly wide open for Autopilot. Everything they’ve learned is on the table for 2019 while they continue to promote the release of Afterglow. They are casting their net wider, and going all in. Never content to sit still or play it safe, they’ve crafted a remarkable live show, and plan on spending as much time over the next year as possible, getting the new songs in front of as many new fans as they possibly can.