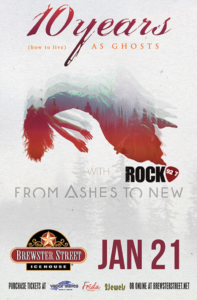 Tour Package: 10 Years (how to live) As Ghost tour w/ From Ashes To New

To Whom It May, Broken Valor 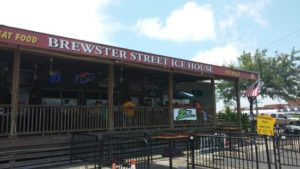 This venue is great, multiple bar atmospheres, great food, and great place to watch the game at. I arrived and received my passes ahead of the line and I was brought to a table while the band was getting a bite to eat and was welcomed to join them by From Ashes To New’s tour manager Robert Weston. 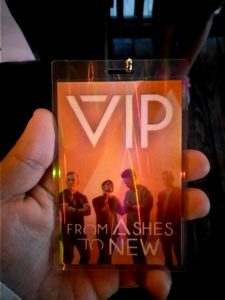 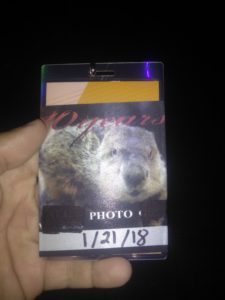 The band had some bus trouble getting to Corpus and with the help of the crew and 10 Years the band was able to make it to the show. I was joined by Danny Case and Matt Madiro, and later by Lance Dowdle and leadman Matt Brandyberry for this interview. Multiple band members shared their thoughts and opinions on various questions:

Toney Emmons (New Transcendence):  How was working with Deuce on “The Last Time”?

Matt Brandyberry: His people hit us up and pitched us an idea of working together. He threw down a verse and we shopped around til we felt Duece’s verse stood out and we got it together.

Toney Emmons (New Transcendence): What can we expect from the new album?

Matt Brandyberry: It will be a revolution in rock music. Be ready for a fresh look on our sound.

Toney Emmons (New Transcendence): When writing, “Through It All” what was the inspiration behind it?

Matt Brandyberry: It just goes to show what you are going through with a significant other and how it feels when the relationship ends and you really feel like a different person.

Toney Emmons (New Transcendence): You have been noted saying you don’t “stockpile” songs how many takes did it take for this album to come together?

Matt Madiro: If it didn’t belong on this album. It didn’t need to happen. We like moving forward with our creativity in the album and starting fresh each time.

Danny Case: If there are songs those would more than likely be on perhaps a deluxe edition of an album

Toney Emmons (New Transcendence): How do you (the band) feel you have progressed since day one? (pun intended)

Matt Brandyberry: The changes are ten fold. We feel we’ve made the changes needed to have the right pieces in place.

Toney Emmons (New Transcendence): How awesome has it been touring with 10 Years, and even Papa Roach and other top names?

Matt Brandyberry: They took us under their wings and showed us the ropes and were really good guys all around.

We moved on to the VIP listening party, which was very fun hanging out. I can’t reveal much about what I heard to the masses but what I can say is that there is a new single, “Crazy” dropping on Feb, 1st. When the band performed it live Danny actually busted out a acoustic guitar. While in the listening party it was crashed by Jesse Hasek of 10 Years who was really chill and snapped a photo with me. 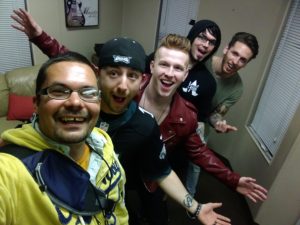 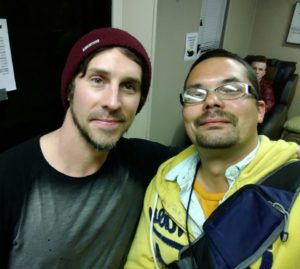 Artist: From Ashes To New

Straight out the gate you could tell they were ready to clearly put on a performance. Matt on drums was bringing the thunder. He was sweating and enjoying every minute of the energy from the crowd. 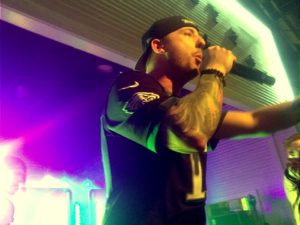 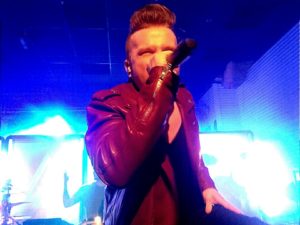 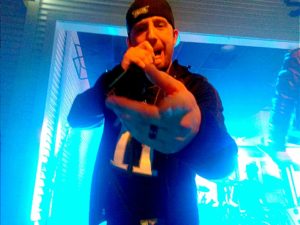 Matt leadman sporting a Eagles jersey was on point with his lyrics and crowd interaction. Danny on vocals was clear and solid worthy of being a new addition to the band. He was belting out every word with his soul. He was adventurous to pulling out the acoustic on the new track “Crazy” 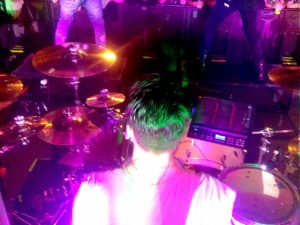 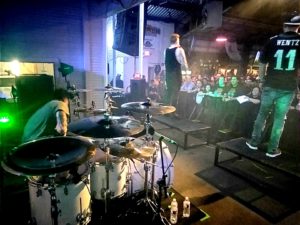 Lance was wearing a really awesome wolf mask that brought alot to his theatrics in performing. The band revealed a couple new songs and played some older tracks. There was some slight technical difficulties but it was quickly sorted out. They went on to wow the crowd with a clear and well executed, and fluid performance. Ended with “Through It All” with Danny’s new vocals it was right on point. 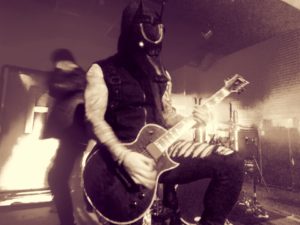 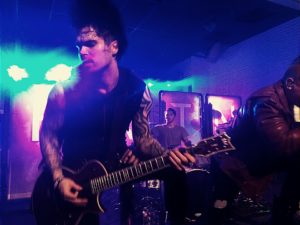 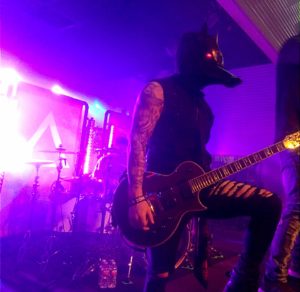 From Ashes To New On Social Media

Jesse enters the stage with “Burnout” and claimed the stage with his melodic haunting vocals. Behind him are laser lights of yellow and red glowing behind Jesse and the band, Guitarist Matt Wantland is silhouetted by lights as he hits the hard driven guitar solo. 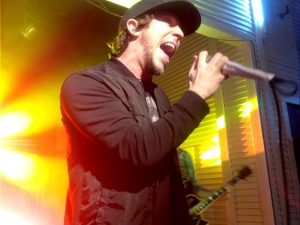 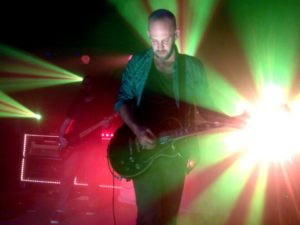 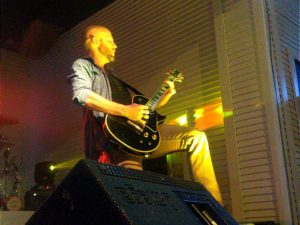 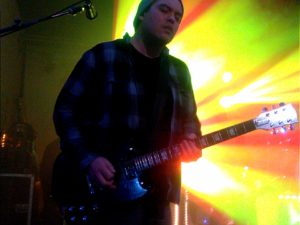 Dancing With The Dead 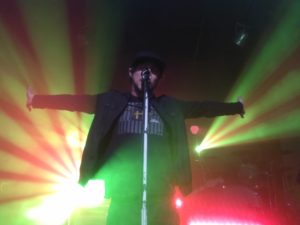 Jesse’s vocals landed amazingly on the crowd which made everyone go nuts. Jesse mentions that Corpus Christi is some crazies to have a hard rock show on a Sunday at 7pm, but he loves it so he presented the crowd with an encore choosing a send-off of “So Long, Goodbye” accapella as a parting gift to Corpus. 10 Years are definitely worth seeing, both bands are, 10 Years and From Ashes To New were both very accommodating and jokesters, and From Ashes To New were all around very chill and informative when interviewed. Brewster Street staff were fantastic and professional and could even joke a bit. It’s nice to see the interaction between staff and musicians and the press, it will be worth another visit.