September 21, 2016 – St. Albert, Alberta, Canada – Dan Davidson has released a music video for his #1 selling Canadian Country Music single “Found”. The video, which was filmed by director Travis Nesbitt in Edmonton, Alberta, Canada for only $500 cracked the Top 20 on CMT! The song which was produced by Jeff Dalziel hit #16 on the BDSRadio Chart and #17 on the Mediabase Chart. The song also has over 313,000 Spotify streams and counting as well as 11,600 Mediabase monitored spins in large, medium, and small markets across Canada.

I always knew “Found” was a strong song, but I had NO IDEA it would do what it did for my career. It gave me a renewed faith that a great song CAN do some of the heavy lifting. I never could have dreamed that I would have the #1 selling Canadian country single, the #1 tested song in most major markets, a video in the CMT Top 20 countdown, a top 15 iTunes single, and a song that cracked the top 20. This just doesn’t happen to indie artists, what a great year, I could not be more thankful!

The “Found” video was sort of a hilarious experiment. I wanted to do something that no one was doing. We pulled together the tiniest of indie budgets, rented some mascot costumes and the rest is history! When I started seeing it on TV, I had a moment where I thought “Im a grown man, dressed as a moose for a living.”. Am I doing this grown up thing right?

Found” in my mind, is a modern day “Thank God Im A Country Boy”. It’s a fun drunken proposal song that I think everyone can relate to. There is no better feeling than to fall in love and to start seeing a brighter future. – Dan Davidson 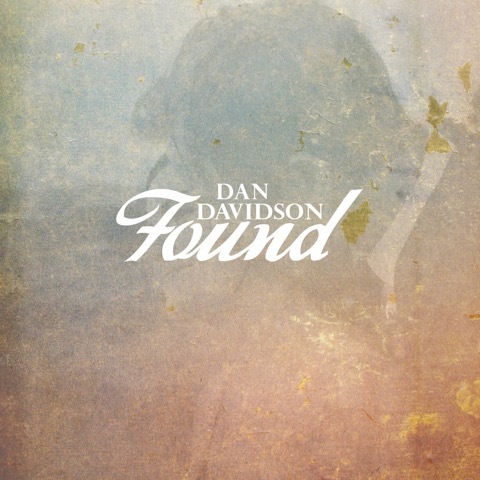 Alberta’s newest up and coming country sensation Dan Davidson exploded onto the Canadian country scene in 2016 with the release of his second single “Found” (Co-written by Clayton Bellamy of The Road Hammers). Dan became arguably the indie story of 2016 as his single “Found” rocketed up the charts and he became the #1 charting indie artist in Canada.

“Found” was the #1 selling Canadian country song in Canada for several weeks in July and August 2016. It had also #16 on the charts and was the 8th highest charting Canadian song in the country. The hit single also went top 50 on the Shazam charts across all formats and hit #15 on the iTunes sales charts.

The future is bright for Davidson. Already in only 2 years of being involved in the country music scene, his name is right up there on the charts with some of the top artists in north America – and he has found a way to do it 100% indie. Dan is new to the country scene, but is far from “green” in them music industry. He spent 10 years playing in the well-known Canadian indie rock band Tupelo Honey (who had several top 40 hits, top selling iTunes records and toured with bands like Bon Jovi). On the advice of a couple long time friends (who happen to be top selling Canadian country artists), Dan decided to start focusing on his new country project.

Dan’s sound came together as he started writing and working on music with Toronto producer Jeff Dalziel (Washboard Union, Andrew Hyatt, Autumn Hill, Brett Kissel) and the two spent the better part of a year developing an EP that’s characteristic of Dan’s love of “good time” music.“ I love country music because it’s not about being cool, it’s about feeling something. It’s about having a good time and connecting with people. Country fans love live music, and are loyal to the artists they love. You can catch Dan sharing the stage in 2016 with artists like John Pardi, The Washboard Union, Kira Isabella, Beverly Mahood, George Canyon, Brett Kissel, and many more!