One of Fearless Records most beloved series has returned with the announcement of Punk Goes Acoustic, Vol. 3. In addition to teasing the announcement of the release via a specially-designed MySpace page, they also sent a cryptic “New Friend Request” email to their newsletter subscribers. Today, you can hear the first two offerings from the album, which are brought to you by Taking Back Sunday and Set It Off. Both bands return to their sophomore albums with chilling renditions of “A Decade Under the Influence” and “Wolf In Sheep’s Clothing.” The album, set for release on July 26th, can be pre-ordered now in a number of bundles. Check out the official press release below and be sure to follow Fearless for all the latest news on this and all their roster has to offer! 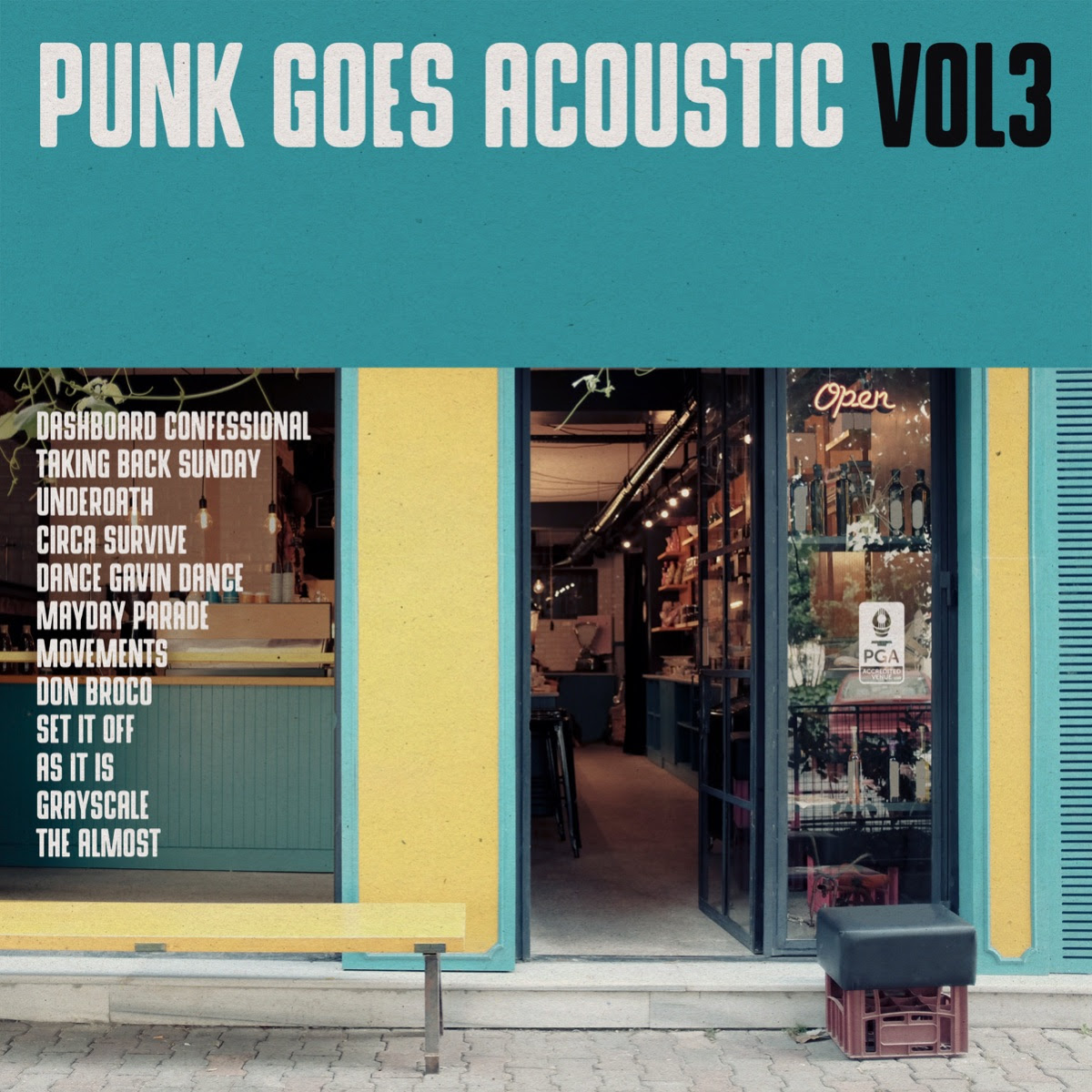 LISTEN TO TRACKS FROM TAKING BACK SUNDAY + SET IT OFF

It’s back! Punk Goes, the compilation series you loved during the ’00s and during the Myspace heyday, has made its triumphant return.

Check out the stripped down version of Taking Back Sunday‘s “A Decade Under the Influence” and Set It Off‘s “Wolf in Sheep’s Clothing” here.

Be sure and throw the Punk Goes Myspace page a friend request.

Launched in 2000, the Punk Goes series embodies each ebb and flow of popular culture for nearly 20 years — with a twist. As such, the Fearless Records staple holds the distinction of being “the top-selling compilation in the alternative genre,” tallying cumulative album sales in excess of 2.5 million and nearly a-quarter-of-a-billion streams to date.

The catalog boasts exclusive contributions by multiplatinum award-winning talent-ranging from A Day To Remember, All-American Rejects, and Rise Against to Rise Pierce the Veil, All Time Low, Sleeping with Sirens, and Asking Alexandria. Not to mention, the legacy includes multiple Top 20 debuts on the Billboard Top 200 as well as Top 5 entries on the Top Independent Albums Chart, Top Modern Rock/Alternative Albums Chart, and Top Rock Albums Chart. It served as a game-changer for many acts including Tonight Alive, A Skylit Drive, and Juliet Simms housing their “most-streamed” songs.

Now of legal voting age, Punk Goes reintroduces itself in 2019 by way of Punk Goes Acoustic, Vol. 3. The nineteenth installment welcomes acoustic contributions from the likes of Mayday Parade, Taking Back Sunday, Underoath, Set It Off, Grayscale, Circa Survive, and more. This time around, an A-list roster delivers stripped-down interpretations of fan favorites as well as a few surprises. As the latest volume showcases another side of heavy music, alternative, and punk royalty, it also boldly extends the legacy of Punk Goes.

PUNK GOES ACOUSTIC, VOL 3. TRACK LISTING:
1. Dance Gavin Dance — Story Of My Bros
2. Circa Survive — Act Appalled
3. Taking Back Sunday — A Decade Under The Influence
4. Dashboard Confessional — Screaming Infidelities
5. Mayday Parade — Take This To Heart
6. Movements — Colorblind
7. Underoath — A Boy Brushed Red Living In Black And White
8. Don Broco — Come Out To LA
9. Set It Off — Wolf in Sheep’s Clothing
10. As It Is — Okay
11. Grayscale — Atlantic
12. The Almost — Hand Grenade