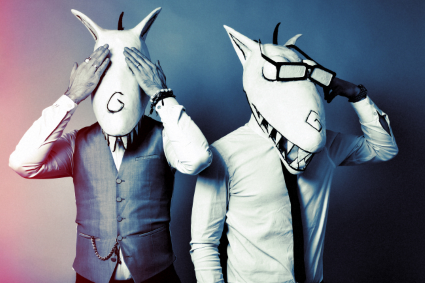 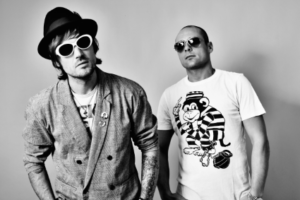 Toney (New Transcendence): Hi guys, I appreciate you taking your time answering these questions in your busy schedule and giving some insight into your album and Warped Tour.  You lead in uniquely adding some art to your concepts — how was this realized?

Shanka : It’s pure DIY. The original spark was a simple statement: We don’t have money to pay someone to make our visuals, so I’m gonna do it. Maybe it’s going be bad, but at least it will be personal and will actually mean something. Then it’s just like opening a Pandora’s box! I started drawing, then doing stop motion animations with my cellphone, first cartoons then puppets… And ended up projecting my animations on our gear when we play live, using video mapping and MIDI sync! I learned so much in the past few years, it’s crazy. It’s not easy at first because you need to ask yourself the right questions, and learn about how to do what you want to achieve. Putting visual elements on music is not something obvious, you have to think hard about it. But then I found my style – using mostly white paper and black sharpie markers, as a tribute to punk rock’s xerox culture.

Toney (New Transcendence): How is it working with Kato Khandwala and being coined as “future rock”?

Shanka : The fact that we met Kato and started working with him on new material will definitively bring us to a whole new level. We’re trying to find an even more defining sound, and to bring the sleaze back into Rock N’ Roll. I think people crave this, since everything is so normalized these days in the music industry. When Kato said, “Future Rock”, at first it made me laugh because many people think that Rock music is a thing from the past. But that’s why we’re working hard on finding ways to wipe the dust off this genre and come up with something fresh and sexy!

Greg: Working with Kato is fun and interesting. Kato is very precise and he loves to try the weirdest things ever! There’s a hole reflection behind what, how, and why we are doing this together. It’s well thought through. He is a very fun person to be around daily. 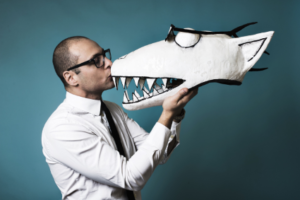 Toney (New Transcendence): What was your main outlook in making your first American full length album, “Smoke Against The Beat”?

Shanka : It was a great adventure and our first recording in the U.S. We wanted to record the songs in LA because our friend Jamie Candiloro, who recorded the album, has his studio there. The idea was to produce something that would sound very personal, using unusual recording techniques like tracking all guitars and bass on one single amp, or plug the guitars straight into the board, using its preamp’s saturation to get some very harsh and dynamic tones. Then our mixer in Belgium, Charles de Schutter, did a fantastic job making the songs sound huge. We wanted the record to sound as powerful and gritty as possible, with a psychedelic twist. 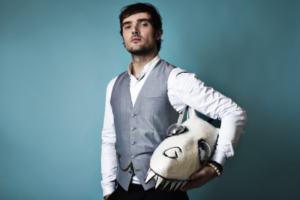 Toney (New Transcendence): How did you get featured on the Warped Tour?  Is there any band you enjoyed listening to or watching while on the Warped tour?

Shanka : We had the opportunity to join the Warped tour because a band cancelled. I don’t know which band it was, but you don’t say no to that kind of proposition! We met wonderful people and great musicians, especially CKY, The Fantastic Plastics, Creeper, Courage My Love, Jule Vera, and many more. We also met the guys from Eve to Adam who came to see the show invited by one of our manager’s Bob Chiappardi. This is really like a Rock N’ Roll boot camp, and it’s so cool to meet so many other musicians at once!

Greg: We got lucky on that one! It was extremely fun to play and meet our fans here in the U.S. I enjoyed Jule Vera, Fantastic Plastic, GWAR, the Creepers and I’m pretty sure I forget a few others…

Toney (New Transcendence): What tour city were you most excited to visit and perform at?

Shanka : Nashville – I just love the place! I visited this city with my wife a few years ago and we went to see shows at the Ryman, the Opry… The whole deal. Nashville radiates music. As a country music fan, I understood a lot of things about it during my stay. It was a great feeling to be back there as a musician and finally perform with my band in Music City! Also, it was our first show on the Warped Tour… It went well, but it was pretty much like jumping on a moving freight train!

Greg: Being in Nashville is always fun. I love this city and we have great friends there. We also have one of our manager’s, Erik Baker who lives there, our lawyer and as luck would have it, Kato was also in town – he’s recording an album with Pop Evil. Kato kindly invited us to stay with him at his house while we were there.

Toney (New Transcendence):What’s the concept of your single release, “Black Hole Love”?  It seems to have a different energy than the rest of the album — what influences helped you make this track?

Shanka: I listened to The Stooges very often during the composition of this record, that made me think a lot about the concept of raw power. It’s a very important thing to keep in mind when you’re making a Rock N’ Roll record. This is something I was looking for when I composed “Black Hole Love” – I was trying to come up with simple riffs with tons of energy and a lot of attitude. I wanted every part to have that “straight to the point” thing that makes the song very solid. The way we produced it is interesting because all the heavy guitars are doubled with an old Micro-Moog keyboard, which has a very dirty and thick sound. The result gives the whole song a specific flavor that I really like!

Toney (New Transcendence): What would you say is your main and greatest influence in music today — or in any genre that has really impacted you as an artist?

Shanka : These days, I’m listening to a lot of Type-O Negative, The Gallows and Massive Attack. I also can’t get enough of the last Gojira album, those guys are brilliant, and I’m not saying this because they’re French too! The bands and artists I love usually have both power and melody: Bands like Helmet, Killing Joke, King’s X. Who doesn’t like a John Lennon on steroids? As a guitar player, I’m a total Dimebag Darrell freak, and I love guitar players with attitude in general. My latest find is Bob Log III, a great guy from Tucson, AZ who has an incredible sound. I’m also influenced a lot by Ennio Morricone, his work is insanely creative – it’s a perfect source of inspiration when I want to create epic atmospheres.

Greg: Lately, I’ve been listening to Pantera (era 1993), what a band!! They still blow my mind today. I’m also listening to Ben Harper, Pink Floyd, Aloe Blacc, Oasis… My musical taste is very eclectic. Led Zeppelin and John Bonham really had a significant impact on me as well.

Toney (New Transcendence): If you had anyone to shout out to and any quotes for your fan base, what would it be?

Shanka : If you’re looking for a twisted and sleazy version of the Flight of the Conchords, check us out, you won’t be disappointed! When I look at what we’ve accomplished so far, most of the time it looks very much like that TV show, ha ha ha!

Greg: People should check us out if you’re looking to get “quality entertainment for the whole family at a very reasonable price”! 🙂 And follow us on the links below!

Keep in touch with The DUKES: