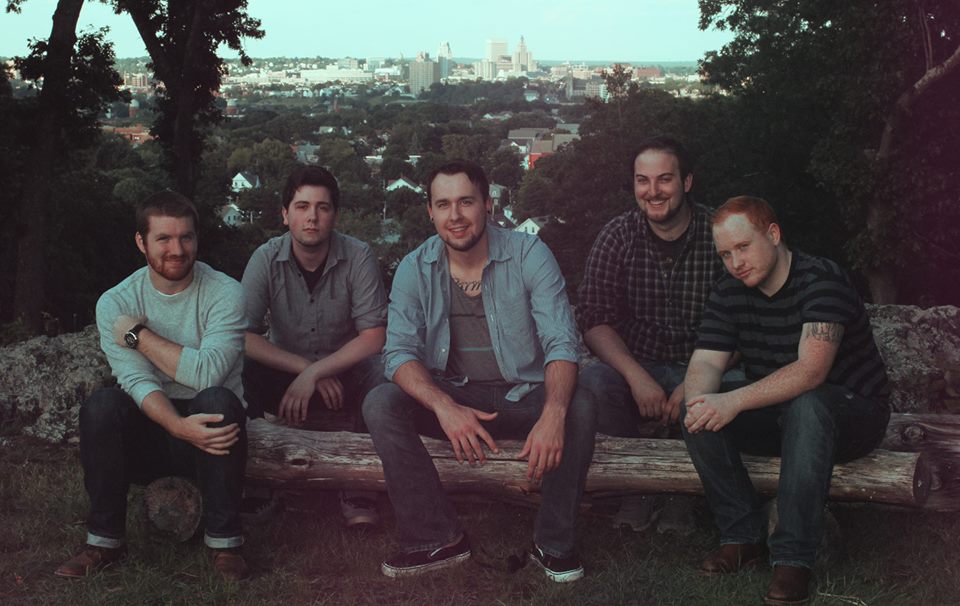 So, here we have Sleep City via email for an interview, and opportunity I can honestly say I’ve been praying to have for a while now. So, let’s go ahead and get this started with the first question: how does it feel to have gotten this far guys? Finally, your first full-length record and it’s even on a record label. How does that really feel for all of you?

It feels great but we know there is always more work to be done if we plan on really making a name for ourselves in the industry.

You guys are signed to Tragic Hero Records, a label that has been home to many big and very well-known bands that are important to today’s scene; how does it feel to be part of that family?

It feels great knowing that some of the bands I grew up listening too actually got their start in the same place that we are. My only hope now is that we are able to step up and accomplish some of the things that these other bands have.

So, how, in your opinions, do you guys think you got this far today?

By never backing down. We have had to fight illness, loss of members, debt, living in a van while on tour, getting stiffed by promoters after a 15 hour drive to the venue, shady producers, and so much more during just the making of this one album. But you see the thing about this industry is you need to be willing to give everything you have before it finally gives you something back and this is the start of that for us.

What has it been like being in Sleep City for each of you?

(Matthew): This has been one of the greatest and most memorable experiences of my life. I have been in this band since I was 18. I am 24 now and I would not have it any other way.

(William): Its been an incredible ride, lots of ups and downs but all-around a great experience.

(Rene): A long time coming, I‘ve loved knowing these kids since we all started music and seeing what it‘s come to. Much overdue and very close to my heart.

Do you guys have any good stories about anything that’s happened during Sleep City’s life-span?

While on tour in Michigan with a band that we can not mention the sound guy decided to turn off the stage mics because the band we were on tour with broke the ceiling. As retribution for shutting off their sound the singer of the other band stormed across the bar and knocked out the 60+ year old sound guy. Needless to say the cops were called and the singer of the other band was thrown in jail for the night. After things had calmed down everyone who remained and had not been thrown in jail for the night drove to a walmart parking lot where we grilled up some hot dogs and played beer pong in the parking lot with our merch tables. What a night.

Now, let’s move on to the album; what does this release really mean to you guys?

This is the first release that we have ever written where we truly decided to express ourselves freely, so really everyone is hearing us for the first time on this album. In the past we had always written music with the mindset of writing songs that were musically complicated and technically impressive while keeping the heaviness that everyone likes these days. However, when we went to write this album we took a step back and decided we just wanted to write good songs, songs we enjoyed ourselves, and songs that meant something to us now and would still mean something in 30 years.

What were your inspirations going into this and in putting together this album?

I honestly can not pin point a musical inspiration because when writing this album we didn’t aim to write for any particular genre but instead relied on our own musical knowledge to create something completely original that meant something to us and we felt people could connect to.

Would you say this is a step in a direction that Sleep City is going to keep to, or do you see continued change in the band’s future?

I would absolutely say that this is a step in the right direction for us but I also wouldn’t be surprised if the next album saw continued change. This isn’t because we aren’t happy with the direction of D&A but simply because we all strive to improve individually as musicians and also because we write songs inspired by what is happening in our lives at the time. And since I don’t know what my life will be like when we write the next album, I really don’t know what it will sound like either.

Is there anything coming up that you guys would like to go ahead and announce and tell everyone about?

We will be getting back out on the road starting with dates this Fall. So please keep checking our Facebook page for tour dates in your home town, we love meeting new people! Also, we will be releasing a lyric video shortly so check back for that as well!

Final question here: is there anything you want your fans and those who look up to you to know? Any words of advice or admiration?

Never give up in whatever you aspire to become. Nobody ever said it would be easy, but it will be worth it. The difference between the ones who make it and the ones who don’t is simply who wants it more.

Thanks a lot to Sleep City and to Tragic Hero Records to helping in setting this up!  Make sure to get a hold of Sleep City’s full-length on THR, Distance & Age, and while you’re at it give New Transcendence’s review of said album a quick look and see if you think it’s right for you – I can sum it up for you though, it is for you!