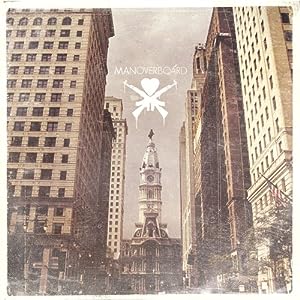 Band: Man Overboard (Facebook)
Album: Man Overboard
Buy: iTunes
Amazon
Tracklist:
1. “Rare”
2. “Teleport”
3. “Voted Most Likely”
4. “Dead End Dreams”
5. “Something’s Weird”
6. “Punishment”
7. “Not the First”
8. “Headstone”
9. “Spunn”
10. “Picture Perfect”
11. “Night Feelings”
12. “Atlas”
How do you feel about pop-punk? Well, New Jersey’s Man Overboard feel so strongly about it they’ve even started a movement called “Defend Pop Punk” While they’ve been on the scene for almost 4 years, their upcoming self-titled release is their first major on that of a major label (Rise Records). The album consists of 12 catchy pop-punk jewels that will have you singing and dancing along in no time. From the fast-paced opening track, “Rare” to the slower, yet still just as powerful closing track, “Atlas”. Whether you’ve been a fan of the band or just starting out with this release, Man Overboard has something for everyone to enjoy.
Key Tracks:
Dead End Dreams: Starting with a group chant and then picking up in speed, this song is the first that really caught my attention. If you listen to the lyrics, he seems to be trying to reach out to a girl he let go. Powerful lyrics and melodies make this one of my favorite tracks on the album.
Atlas: This song is about growing up, but still having fun while doing so. While it’s probably one of the slowest on the album, it’s also one of the most fun lyric-wise. “Maybe I’ll learn how to talk to people. Maybe I’ll learn how to laugh. Maybe I’ll end up just like my dad. But I just don’t feel like a grown up yet.” It shows that he’s growing up and realizing many things but still doesn’t quite feel he’s reached that point as of yet.
Final Thoughts:
From catchy lyrics and melodies to powerful and fun themes, Man Overboard has something for pop-punk fans of every age. Pick up your copy on October 4th!