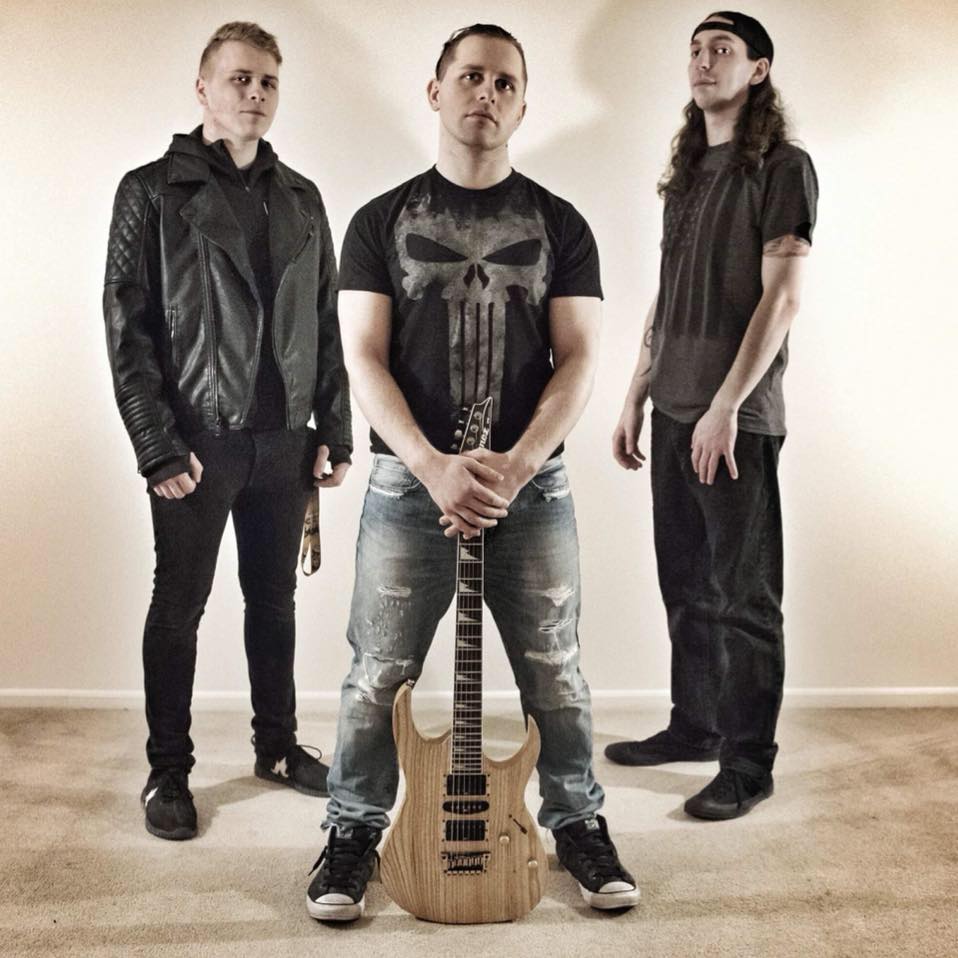 Moving on, in any situation, can be tough to do. However, when problems arise that warrant moving on as the only decision… changes have to be made, no matter the cost. When She Pulled the Trigger announced that their line-up would be, not only changing, but moving back to its original 3-piece form, fans were shocked but intrigued. Having worked together for years, prior to SPTT, the decision to bring drummer Nick Zell back into the fold was a no-brainer. Chris Zell (Vocals/Guitar), Tyler Travis (Bass) and Nick Zell (Drums) have come together, rising like a phoenix from the ashes, to create something new and beautiful with their two upcoming singles, “Further Forward” and “Ugly Angels.” These tracks show an entirely new side of the band, even going so far as to showcase Nick’s vocal abilities (Further Forward) on a track that he wrote. Two sides of the same coin, these tracks could not be further from each other, in terms of their sound. While “Further Forward” is a mid-tempo, catchy, uplifting and explosive track… “Ugly Angels” shows more of a melancholic, melody-driven side of the band while remaining one of the heaviest hitting tracks they’ve written thus far, with an explosive chorus. It’s worth noting that the Zell brothers’ voices are perfectly contrasting on the former, while Chris really lays into his emotional side on the latter. As a companion piece to this article, I’ve asked the guys to give me their take on each track, and you can read those quotes below. Artwork and release dates can also be viewed below… trust me, you won’t want to miss these.

Further Forward
Chris Zell, Vocals:
I was quite relieved when the 2017 lineup started to fall apart. Ever since Nick left things just felt off for me. Nick showed me his solo songs he had been writing and they were all really cool. Just needed guitar. So we thought about our options. I liked his songs too much to just let it be a recording project. These need to be heard loud in concert. So we are doing something that most bands never do. Switching off for lead vocals. When we perform Further Forward in concert, Nick will be front stage with the mic and a guest drummer will jump on the set. I love singing but it feels great to just rock out on guitar sometimes.

The vibe of the song hits the nail on the head. It’s the tried and true hype-up, motivational theme of SPTT with instrumentals on a new level!

Tyler Travis, Bass:
With the return of Nick came a bit of a shift when it came to some writing duties. It gave him the ability to show what we was up to while he was on his own, and I think it’s a welcome addition to the song history. While encompassing the synth sound that he has always liked, it still has that hard hitting crunch that we’ve have been known for, especially when the 3 of us were together in a former project.

Nick Zell, Drums:
While on hiatus from the band, I had spent a couple months putting together a song that was comprised of synth, real bass guitar and real drums. The day Chris messaged me about rejoining, I immediately sent him the song. A few days later, he sent me a video of guitar parts he made which gave it a full, complete sound. That’s when I knew for certain that I belong in SPTT, these guys are my family and we make a powerful trio. I wrote the lyrics for the people out there who lose hope and don’t see the point in perseverance. I also wanted to keep in mind our original theme of motivation, because all in all that’s what this world needs. Too many people are ready to give up as soon as the going gets tough, and that’s leaving a mark on younger generations. We are here to show them that they are the rounds to a human gun that fires off a better, more positive future. Load them into the clip together, then it’s time She Pulled The Trigger.

Ugly Angels
Chris Zell, Vocals:
Most of our songs have been based around the theme of motivation and fighting through negativity to persevere. 2017 when I was spending a lot of time with my son being born, I left a lot of band responsibilities up to ppl who are lo longer part of our inner circle. I could tell things were going down hill. Nick felt the bad vibes and left and I was just overcome with negativity. I finally got the home life under control and came back out to correct the band drama issues. I didn’t really have a plan for the music direction. I just knew that I had to get rid of the ppl I couldn’t trust and bring back Nick somehow. So we did exactly that. Got the core 3 members together and I think we are pleasantly surprised at our new sound. Even our producers seem more excited about our new sound than the previous releases.

Tyler Travis, Bass:
It certainly has a softer approach to things then what we are used to doing. It has a nice build up to where it finally breaks loose into a sound that is surprisingly full for a 3 piece. But each instrument sort of stands on its own and helps make the other sound better.

Nick Zell, Drums:
Just when you think that we’re warming you over with a nice soft song, you get hit with a powerful, raging chorus. When Chris first sent this song idea to me, I immediately knew I wanted to put piano in the verses. With the powerful combination of flowing clean guitar, deep rich bass tones and ambient piano textures, this song definitely is one of the prettiest, yet hardest hitting things we’ve released to date. 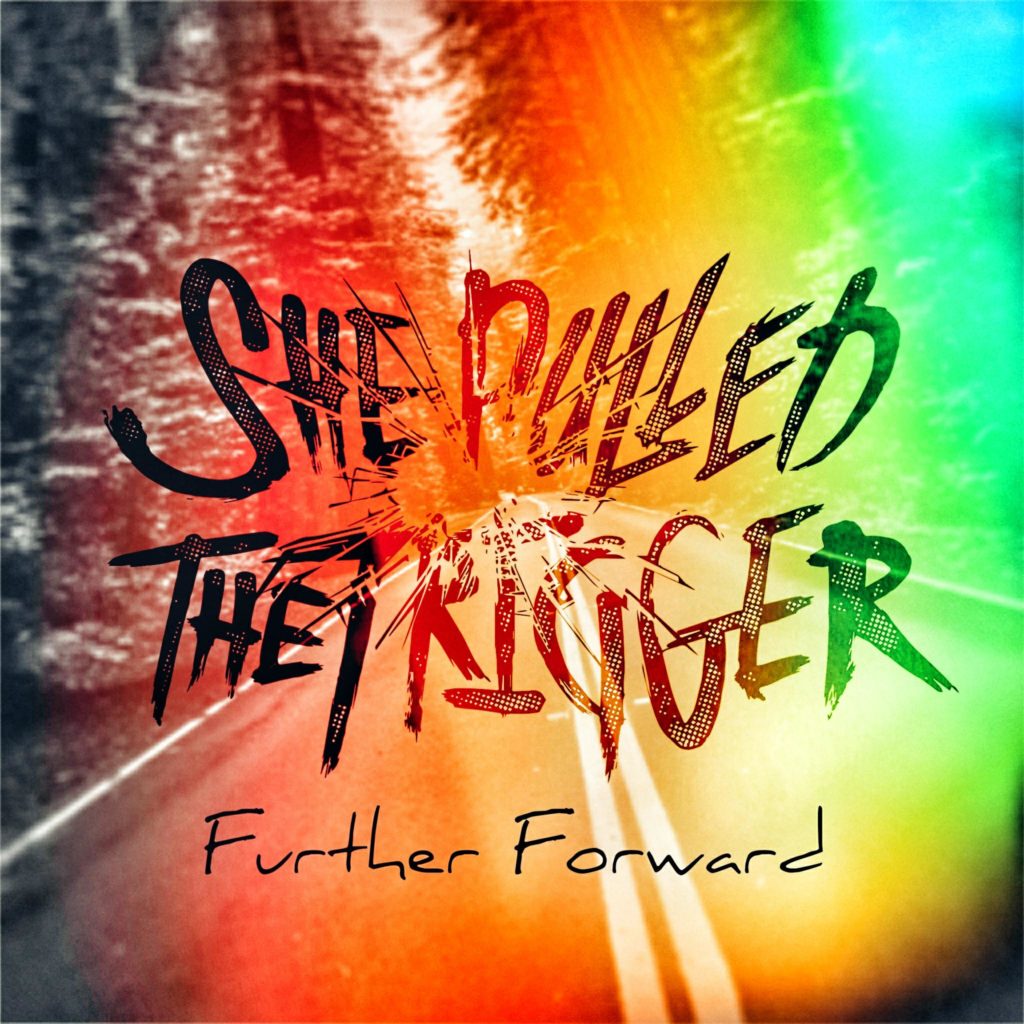