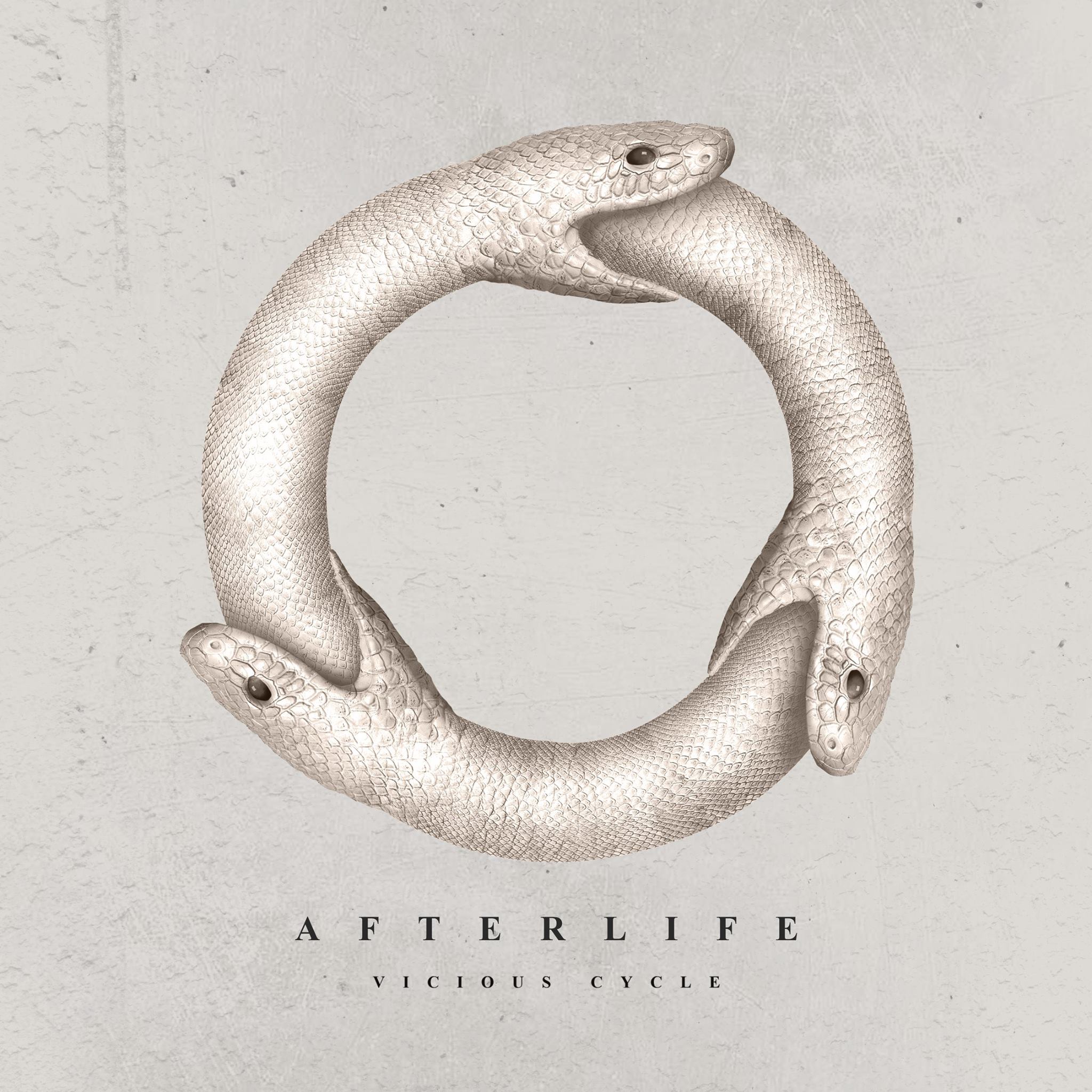 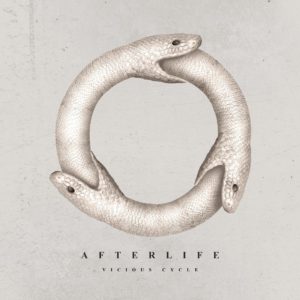 All things come and go in a sort of circuitous rhythm. This is true whether you’re speaking of things in nature—like the moon, eclipses, solstices or tides—as its true with things like fashion (remember those awful bright-colored, profanity laden band shirts? They’ll be popular again someday, maybe). In the case of metalcore and hardcore infused nu-metal outfit Afterlife, it is especially true when it comes to music—in both form and function. Functionally, the band take yesteryear’s electronically-tinted, ever-so-slightly industrially glazed nu-metal and lather it in a thick, dense coat of heavy-hitting metalcore and groovy, bouncy contemporary musicianship. In form, Afterlife are, in a way, exactly what they claim to be; the second coming of melodically-inclined metalcore act Every Passing Dream, back with more than just a vengeance, but a refined and sharpened, modern-but-timeless dynamic in the form of their debut EP Vicious Cycle. A devastating display of aggression that cuts through the listener’s ears like a knife through tissue paper, Afterlife wastes little time with formalities or frivolity, opting instead to right into the fray. So, yes, it’s true that many things come in cycles—and with Afterlife at the helm, it appears that this is one thing that comes in a vicious cycle.

Afterlife are a cunning and crushing instrumental force; from the very opening of “Anthem,” the band’s aggressive and updated take on nu-infused metalcore is evident. Oscillating between bouncy, head-bobbing verses and groovy, neck-snapping and devastating grooves that segue into skull-splitting breakdowns, the band work back and forth across an entire spectrum of power and punishment throughout Vicious Cycle—ensuring it definitely lives up to the vicious part of its name. Percussionist Luke Walkinshaw is an absolute warrior behind his kit; even during the more “mellow” (if you want to use the term) parts of “Athem,” he is energetic and driving, forcing the band forward with a furious, fleetly-played beat—and it only gets more intense when he kicks things up a notch on “Pain & Pleasure” or the EP’s title track. Here, Walkinshaw works with bassist Sinin Ables to create a lurid and loathsome low-end that goes directly for the listener’s throat. “Pain & Pleasure” is just that—pain and punishment in a way fans of scathing, sinister aggression are sure to find nothing but pleasure in. Here, guitarist Andrew McGuire finally comes out of his shell after a relatively muted performance on “Anthem”–a shell he seemingly explodes out of, eviscerating the listener with lacerating lick after lick, diving into grooves and gutwrenching breakdowns to knock the listener flat on their back, only to curb stomp them with cold, calculating bitterness come the climactic portion of “Catalyst.” McGuire works with Ables to create moments of flawless heaviness during “Catalyst” and “Pain & Pleasure,” yet works in a less overt manner during the opener “Anthem,” playing off of Walkinshaw’s percussion to create an almost industrial feel that keeps the listener’s interest piqued from the get-go.

Where the band’s instrumental approach is an overhaul worthy of their recent name-change, the true manifestation of their renewed attack on musical complacency stems from the vocal efforts of frontman Tyler Levenson. Levenson’s throaty, rich roars and soaring clean vocals burst from an equilibrium of half-rapped, half-shouted, all-enveloping and aggressive vocal onslaught best heard on “Anthem.” Here, he flows overtop of Walkinshaw’s kick drum and sharp snare—while weaving around the unique atmosphere set forth by Ables and McGuire. Levenson’s vocal dynamism continues throughout Vicious Cycle, half-catchy and half-soothing—because when the refrain of “Pain & Pleasure” kicks in, or the dips in devastation in “Catalyst” catch the listener’s ear, they stay stuck in there and are damn hard to get out. Admittedly, while Levenson’s vocal approach is new for the band, and possibly even new for some fans of heavier music, it isn’t anything that hasn’t been done before. With that in mind, it would be hard, if not impossible, to find a better complement to the band’s bold and sharp instrumentation, making Levenson’s contributions to Afterlife worth their weight in raw, unrefined gold.

There are a lot of reasons Afterlife’s name is fitting; the least of which being it an apt representation of the band’s current iteration in reference to their past. Vicious Cycle is a visceral and hard-hitting release that doesn’t skimp on catchiness or aggression—combining contemporary production and experience with time-tested, tried-and-true nu, the reason Afterlife’s name might be so fitting is because when they’re done with the listener, that’s exactly where they’ll be.

For Fans Of: Sworn In, Korn, Slipknot, VCTMS