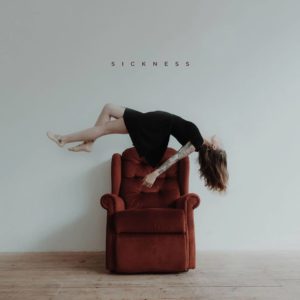 Everyone has something that keeps them unwell—to an either major or minor degree. For some, it’s a psychological illness or crippling and chronic condition. For others, it’s self-imposed; shyness, awkwardness, timidity. While they aren’t all inherently equal, they all, in one aspect or another, weigh on the consciousness and function of every human being—and in some ways, they contribute to the never-ending diversity that makes mankind so truly unique.

The question then becomes…what makes you sick?

In the case of emotionally driven post-hardcore act Create to Inspire, it certainly isn’t a lack of passion. Sickness, while curiously named, is the picture of health when it comes to anthemic, rock-infused choruses and jarring, sporadic seconds of dissonance and unbridled passion that serve as the corollary to the band’s more melodic aspects. Sickness is a truly unique experience—catchy, aggressive, melodic and moving—that sees Create to Inspire working tirelessly to cure what ails the melancholy and monotonous fugue state plaguing the genre in which they operate.

Instrumentally, Create to Inspire follow in the footsteps of their previous EP, combining straightforward and earnest elements with inventive and off-the-wall post-rock infused passages that keep Sickness from wearing out it’s welcome. Percussionist Luke Taylor spends some songs—like the riveting chorus and sprawling, tumultuous moments of “Agony” and “Recluse” both—hammering away, while others are more tactful in nature. Songs like “Cope” see Taylor ranging from quick and peppy to slower and more subtle styles, working with bassist Dan Fuller to flow smoothly hither and to between more or less aggressive aspects of the group’s dynamic. Fuller anchors Taylor’s drumming, giving it a firmament to embed itself within and enable smooth and intriguing transitions; this is abundant in “Cope” as it is in “Loss,” working with guitarists Connor McLeod and Jack Morris to fully establish Create to Inspire’s oscillating dynamic between the more “radio-friendly” and straightforward rock aspects and the more driving and emotionally drenched -core influenced segments. McLeod and Morris are masterful at taking sly seconds of fretwork that sound almost akin to labelmates Napoleon’s writing and infusing them with a ferocious drive and coloring them with an anthemic hue; nearly every track exemplifies this, but songs like “Agony” see the duo toggling back and forth between the two most readily.

Much of Create to Inspire’s main draw comes from their instrumental dynamism, but the same—if not even more—of it comes from the vocal excellence and emotional transparency of frontman Sean Midson. Midson is capable of an incredible range of screamed and sung vocal styles that fit just about every mood and atmosphere present on the band’s 2017 full length record. Indeed, songs like “Agony” see Midson at a dynamic peak, where “Cope” is catchy and soaring just as the album’s titular track, “Sickness” is emotionally soul-shredding. Midson takes the marvelous musical variety present on Sickness and gives it direction and purpose with lyrics that cover a broad spectrum of personal and emotional content that is bound to hit home with just about any listener. Songs like “Cope,” or the catchy chorus to “Recluse” are picture-perfect examples of this, whereas “Agony” and its more frantic segments opt to reach the listener’s heart by breaking directly through their ribcage. From aggressive to awe-inspiring and earnest, Sickness sees Midson expanding his writing ability and vocal skills beyond Create to Inspire’s previous efforts with ease.

Where heaps of acts have cashed in on the heavy/soft dynamic in one way or another, few do it with the poise and passion prevalent in Sickness. Create to Inspire are tactful where they need to be, with ethereal moments that endear the listener’s more prog-addicted sensibilities yet brash and jarring moments of brazen aggression that induce an emotional frenzy in the listener. All the while, Midson’s lyrics remain powerful, keeping the listener hooked throughout the album’s moderate duration. A powerhouse of both purity and punishment, Create to Inspire—once more—live up to their name, creating an intense and inspirational album that finds its home in the ears of just about any sort of music enthusiast.

For Fans Of: Napoleon, Hundredth, Counterparts