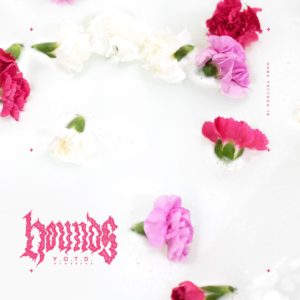 Album: Year of the Dog

One of my favorite things about going to Chinese restaurants growing up were the paper placemats that shows the Chinese Zodiac. Simple as it is, I always enjoyed—and still enjoy—glossing over the various years, their signs and their meanings, even though I was always disappointed I wasn’t born in a “cool” year. Something like the Dragon, Ox, Snake or—you guessed it—Dog always seemed a lot more appealing than the year I was dealt. Lucky for me, this year, and for the years to come, that doesn’t matter, because thanks to Hounds, we’re all celebrating the Year of the Dog. The band’s debut full-length record and follow-up to their critically acclaimed EP, 1129, Year of the Dog is a vicious sampling of some of the finest that modern metalcore has to offer. With a riff-driven, no-bullshit energy that sounds something like what Fit for a King have been trying to do for the better part of a decade and a penchant for punishing aggression that borrows from the band’s overt hardcore influences. All things considered, Hounds’ debut album is not only a strong debut LP, but an outstanding, genre-defining record in itself.

Instrumentally, Year of the Dog is a polished, powerful metalcore album with enough raw, gritty feel and punishing heaviness to widen its audience tenfold without sounding scattered and unfocused. From the eerie and monstrous introduction, “Nocturnal,” through the heavy hitter, “Rejection Breeds Obsession” and lead single “Bad Vibes,” Hounds certainly succeed in bringing heaviness to the table, largely due to the efforts of the band’s bombastic percussionist. Hounds’ drumming brings a foundation of talented—but not flashy—drumming that gives Year of the Dog an astounding backbone from which to branch out. Even the opening number, “Nocturnal,” sees clever ghost notes snuck into a colossal breakdown that adds flair without being over-the-top. Likewise, “Deathwish,” one of the more straightforward tracks Year of the Dog has to offer, sees the drums letting loose with sturdy, punchy drumming for bassist Adam Thomason to add heft and weight to. This comes together all with the help of guitarists Zack Harvey and Zach Sweeney. Harvey and Sweeney might not be hyper-metallic, mile-per-minute rifflords, but what they bring to Year of the Dog, and Hounds as a whole, is much more valuable. Every track is laced with contagiously catchy, gritty and heavy grooves that weave into headbang-heavy riffs and spin-kicking breakdowns with equally fluid transitions. “Bad Vibes” is an excellent example of this, with Sweeney and Harvey oscillating from melodic to murderously heavy at the drop of a hat, while “Deathwish” does the same. Others—“Rejection Breeds Obsession” among them—go right for the throat, with the entire band lashing out, leaving nothing standing in their wake.

What made Hounds’ debut, 1129, such an excellent release was, In part, their immense instrumental ability. But even with a marked departure to a more mature, narrowed-down and carefully honed sound, that remains true—and it remains only one part of Hounds’ impeccable dynamic. Frontman Cody Roberson poured a lot of himself and his emotions into 1129, and he continues that—if not does it even more—throughout Year of the Dog. Songs like “Deathwish” capture the desperation and futility that gave Hounds’ music an emotionally insightful edge, while other cuts—“Bad Vibes” and “Hair of the Dog”—are pointed and more aggressive in nature. These songs see Roberson using a raw, ruthless shout that sounds beefier and bolder than any other effort he has put out to far. Even those songs have emotion to them, don’t think otherwise, but that emotion is infinitely more centered around rage, and that is reflected in the primal and raw nature of the vocals. “She Makes My Name Sound Like Music” and “Deathwish” are just the same—using a change in vocal style to a more varied approach to reflect a difference in lyrical content. In this fashion, Roberson continues to flex his talents in creating everything from mosh-heavy anthems to more introspective (but still mosh-friendly), deeper cuts that fall somewhat more in line with the more moving numbers from the band’s breakout effort.

Aside from having an album name that robbed me of an otherwise grade-A pun, Year of the Dog is an immaculate example of modern metalcore. Bouncy, riffy, groovy and gut-wrenchingly heavy all in one. Hounds put in a lot of time—and growth—into their sound and style, making a record that is damn hard to describe, but, ultimately makes it even harder to deny that 2019 Is the Year of the Dog.

For Fans Of: Fit For A King, Born a New, Currents