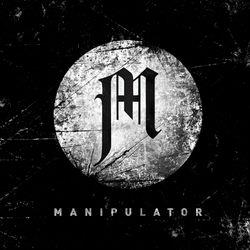 When’s the last time you’ve wanted to cause bodily harm to someone? Not just ruffle their feathers or bruise their ego, but truly hurt someone. Break bones, tear tissue, draw blood. Surely you remember–the feeling of bloodlust almost as tangible as the sweat on your brow, the slow crimson-lined tunnel-vision creeping across your peripheral vision. If you, for whatever reason, can’t seem to recall the sensation, Ohio-based hate-filled beatdown group Manipulator are here to help, with their debut and self-titled EP release. Manipulator is an EP which is ten times more blood-rush inducing than adrenaline and fifty times harder than concrete. Filled with bone-crunching heaviness and lined with luscious, technical grooves, these Cincinnati crushers provide nothing but the most idyllic and pure brutality with no filler, and no love for anything but mosh.

Instrumentally, it’s easy for beatdown bands to come across as slackers. A chug here and drum fill there–rinse, wash, repeat. Manipulator, however, chose a higher path. From the very get-go on “Demoralizing Truth,” through the fading echoes of “Calm Before the Storm,” Manipulator is more than just mere notches above the ranks of it’s peers–it’s barely in the same league. “Demoralizing Truth” makes use of brilliant, blissful grooves which get stuck in the listener’s head, haunting their skull like ghosts in a mansion. Meanwhile, splashy cymbals and punishing percussion bash the listener’s skull in, as the bass rumbles right alongside, providing a pervasive low end.  While the opening track provides stellar amounts of catchy, Bermuda-esque groove, “Doctor Death” has some of the most technically impressive fretwork seen on the entire EP. Rapidly picked and tapped leads are laid over positively crushing chugs and pounding, pain-inducing percussive efforts which break the listener’s knees, only to crush their skull against the pavement moments later. The truth is, where most beatdown bands have monotonous, same-y and boring instrumentation, Manipulator refuse to succumb to such a level, rather, they infuse crushing heaviness with stunning technicality to create a unique blend of heaviness which creates a wondrous canvas for the vocals to paint upon.

Rather than lighten the load on the listener with a softer, more easy-going vocal approach, Manipulator only gets heavier once the vocals kick in. Throughout the entire EP, Manipulator pull no punches–that is, other than the haymaker the vocals deliver right to the listener’s ears. “Rapture” is far from the figurative saving the listener might anticipate based off of the song title–rather, this song is home to a savage vocal assault the likes of which the listener has likely never heard before. While an instrumental war wages in the background, the vocals are on the front line the entire track, hardly backing down. “Doctor Death” is, in this respect, similar. By alternating constantly between a harsh, mid-range scream and visceral, low growl, not only is the listener the victim of a constant onslaught, they are additionally constantly entertained. There is no vocal monotony to be had on this release–which is another pitfall avoided by these would-be newcomers to the beatdown scene. Where many bands find a vocal niche and live in it throughout an entire release, Manipulator refuse. They constantly stray from the path laid before them, refusing to adhere to any strict pattern or stereotype. This is especially true with “Calm Before the Storm,” which is a near-silent track that, rather than seem to be pure filler, completes the band dynamic, and sends the release hurdling over it’s contemporaries.

Simply put, Manipulator successfully craft a deep, devastating dynamic which is well beyond the band’s age. Even as a young, break-out act, they handle themselves with the maturity and brilliance of a well-aged and incredibly experienced hardcore act. “Doctor Death” is archetypical of this. With stellar, quick fills and shreddy riffs from the guitar and equally punctual, blood-pumping percussion alongside visceral, venomous vocal attacks, Manipulator perfect a dynamic which several bands have spent entire discographies building up to.  “Backstabber” and “Cowards” are both just as relentless, utilizing samples and near-spoken screams which might otherwise seem gimmicky to their advantage. These tracks help fill out the EP, making Manipulator an incredibly well rounded EP that has the impact and attack of a full-length release. The incessant hammering of this powerhouse release is so intense that by the time “The Calm Before the Storm” rolls around, the listener needs that three minute break–before hitting the “replay” button, that is to say.

So go ahead, listen to your gut, pre-order Manipulator and get pissed. The band are a fierce new addition to the scene which do more than just pile onto the pissed-off bandwagon: they take the driver’s and steer it where they want, brilliantly Manipulating the reins to take the entire genre wherever it is that they choose.

For Fans Of: Sworn In, Gift Giver, Barrier, Black Tongue