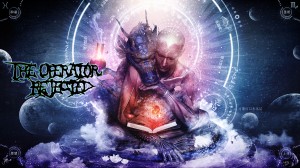 The Operator Reject is a self-produced band. Despite the fact this song isn’t the best quality, you can still enjoy this awesome piece by “The Operator Rejected”. I really like the blend with the screams and cleans throughout the song, it really catches to your ear. The song is almost five minutes long and I must say, having this song play in my ears for five minutes was a moment of  enjoyment. With the melodic instrumental play, heavy screams and harmonized clean vocals this is a track I will have on repeat for a long time.  I asked the band what was the meaning behind the song and they replied:

“this song, was about a girl the singer was into for like a year and she kept playing with his emotions sleeping over fooling around with him but then also doing the same shit behind his back and playing him. we wrote this song last year and was released as the first on our EP that we never finished because our music preferences changed and we are going for a new sound that is more aggressive and grittier. we are from northwest connecticut, music has saved our lives in many ways and we will always continue to strive for what we believe in. just like your music, it has a decisive message, never give up on yourself. you believe so others will too”