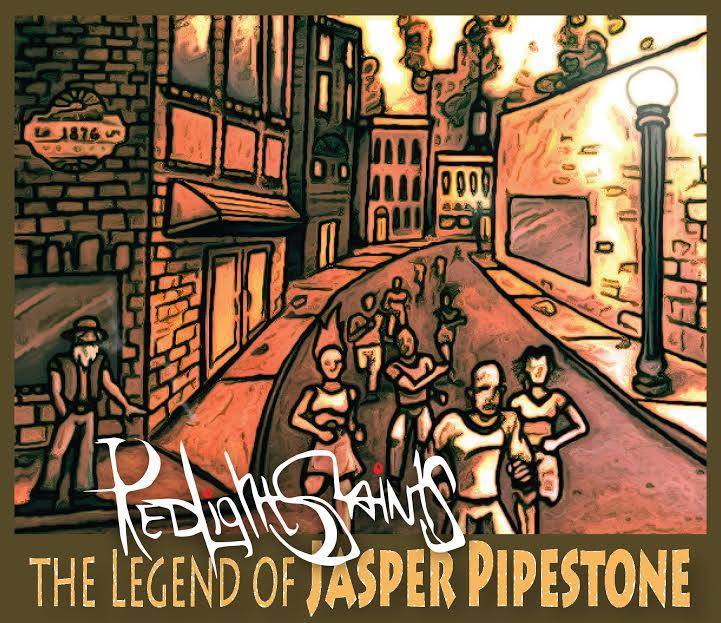 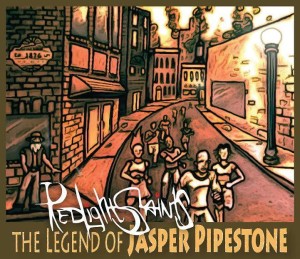 Red Light Saints is far from your typical  hard rock band. In fact, if I had to compare them to any other band, they’re a mix between SOiL, Drowning Pool and a little dash of Texas Hippie Coalition. Odd combination, right? But trust me when I say, these guys have talent in spades! Their debut EP, The Legend of Jasper Pipestone will take you on one hell of an emotional roller-coaster, all the while keeping the listener interested, involved and bobbing their head.

Starting out with the fiery opener, “On the Pavement” in which vocalist Travis spits out an almost rap-like flow of ferocious lyrics, backed by some heavy instrumentals, mammoth drums and one a pretty aggressive vibe overall that will remind you of the glory days of SOiL. Following that we have the debut single, “Say What You Will” which is an almost typical radio-rock track, but again, you have to admire the musicianship on this one, especially the ax-work. There are 5 tracks on the album, all bringing their own unique vibe to the table, but none hit home lyrically harder than “Anything, Anymore”. This seems to be the band’s most popular track live and it’s not hard to see why. It’s pretty acoustically driven from the beginning, but it builds up into an almost ballad-like chorus and doesn’t lose it’s power until the end. “Anything, Anymore” is a track about proving those who doubted you, especially at your worst, wrong. It’s about leaving the ones who don’t matter in the dust and keeping those who have encouraged you close at heart. It hits home lyrically because it seems our protagonist in this track was suffering from some kind of abuse, be it substance or alcohol. I’ve been there and I know tons of others who have been, it’s hard to keep going when you feel like you’ve hit rock bottom. Those that remain in those times are the ones you know you can truly trust. Don’t ever take life for granted and keep pushing with all you have until you reach your dreams! Don’t let the haters discourage you! The EP ends with “The Plan”, keeping the unrelenting momentum of the heavier portions of the album. Musically, aside from the southern vibe, I get an almost Godsmack feel to this track. It’s heavy at points, it’s choppy and it grooves til the end.

Prior to hearing this EP, I had never heard of RLS, but it’s safe to say I will be keeping a close eye on them! The Legend of Jasper Pipestone drops tomorrow and will be available to order exclusively from the link below! Be sure to check it out and, if you like what you hear, let ’em know!

Buy The Legend of Jasper Pipestone

“Say What You Will”