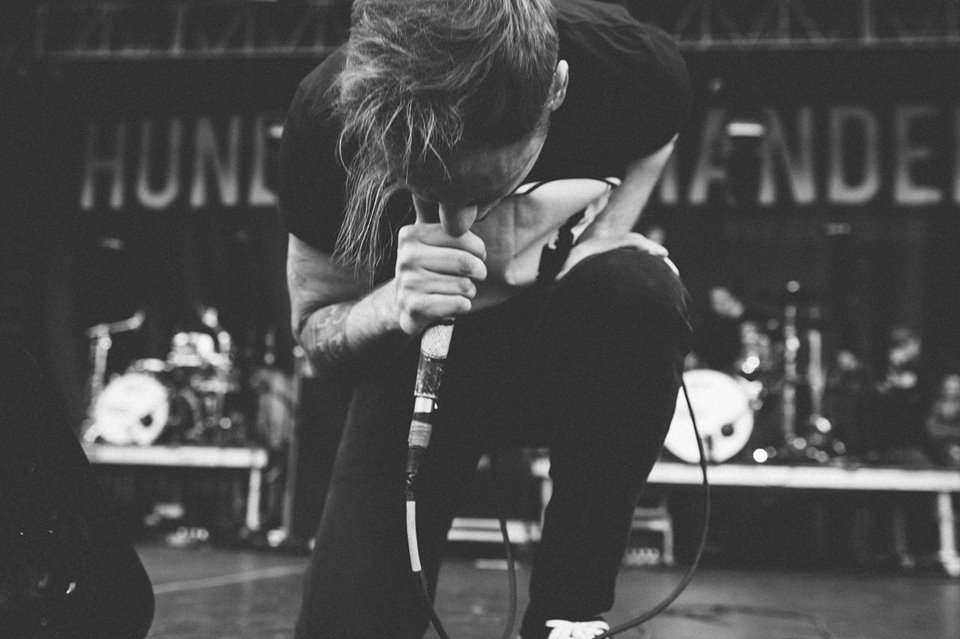 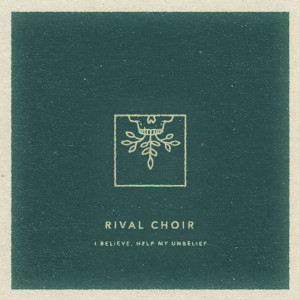 I’m at a loss for words.
How early is too early to consider an album a contender for “Album Of The Year”? Is February too early? I thought so.

But, here I am, sitting at my desk listening to this masterpiece, at the end of 2015. How fitting it seems to end a wonderful year of music, with a record that paves the way for a huge year in 2016. Powerful, enriching, passionate and brutally honest. This record has met all expectations and then some.

Let that sink in.

“I Believe, Help My Unbelief” is the debut record from Rival Choir.

Rival Choir (Facedown Records) is the new creation from Mouth Of The South. According to vocalist Josiah Lyle, “the band wanted to re-invent itself. We pursed a name change that would reflect our mission as a band. “
And that’s what they did. Announcing the name change in late November via Facebook, the change was met with mixed emotions, skepticism, and downright disbelief. After all, MOTS has enjoyed 2 successful LP’S (Transparency in 2013 & Struggle Well in 2014) and spearheaded their career with two promising EP’s.
So it’s understandable to have some sort of doubt, some sort of pessimism about changing the name of the band and completely reworking the sound, when success has always been looming.
If you’re one of those people who have doubted or had second thoughts, I’m here to tell you today, in 2016, this record will 100% absolutely NOT disappoint you. Let’s be clear on one pivotal point; This record is vastly different in sound from MOTS’s previous efforts. Gone are the straight chugs, the “ traditional metal core aspects” as Josiah puts it. Enter in tons of melody, some very surprisingly solid clean vocals and a hardcore-ish feel to the entire record.

My overall view of this record should be well understood at this point. I can honestly sit here and say that this record sounds very similar to bands such as Norma Jean, Underoath, The Chariot, and for you west coast kids, The Overseer.

Facedown Records has always been great at scouting talented and hardworking bands, giving them a shot at blossoming and coming into their own. Among my favorite Facedown alumni is, A Hope For Home, My Epic, and Seventh Star. So I knew going into this record without even hearing it, that it would be a very talented and professional sounding product from front to back.

“I Believe, Help My Unbelief” paints the picture of people who know who God is, know His power and grace, and believes in Him to the fullest. But because its human nature to question our existence, we have a growing feeling of disbelief in our hearts. “ I think unbelief is the most human thing we could ever feel, so its like we believe in God and know His glory, but, we struggle with the disbelief, so we must ask him to help our unbelief in our walk with the Lord every day “ Lyle said.

As a believer, a lot of these tracks hit home for me. It’s rare that an album can really sink into my moral compass, so when that happens, that record becomes engraved into my heart as a feeling of encouragement and overwhelming conviction in my own personal walk of Faith.

Speaking to Josiah, I told him how much these tracks really tug at my heart, and I also mentioned to think of the impact it can have on other believers, or even non-believers. His response?

Consisting of 12 tracks, my only flaw I’ve found in this record is that its somewhat short. 42 minutes sounds like a long time for 12 songs, and maybe it’s just because I’m enjoying them so much that they seem shorter, but I was expecting 1 or 2 tracks to clock in over 5 minutes. That is my one and ONLY flaw I see in this record.

So, now that the lone negative thought it out of the way, let’s highlight 3 tracks that stick out to me more than others. Keep in mind, this is just my personal opinion, and when you hear the record, you could think my favorite 3 are completely lopsided compared to yours. “Apples and oranges, Jesse.”
…Terrible Breaking Bad reference.

– ahem – Moving on…
Beggar
While most of the time, I love opening tracks, this is the second track on the record and it just instantly stuck out. An opening drum solo kicks off this track, coming in with a heavy hitting groove, Josiah’s vocals are incredibly on point in the entire record, but in this track he just sounds fresh and crisp. I wouldn’t call it a breakdown in every aspect, but the break around the 30 second mark kicks in and just sounds so groovy and bouncy. The line “Show me just how poor I really am, illuminate the distance between your will and my plans” truly hits home for me. Overall this song is a great way to kickstart the album, creating a rollercoaster of heavy vibes and melody.

Sojourn
This is easily the softest and most instrumentally gifted track on the entire record. Starting off in a mellow, clean driven vibe, the message drives and passionately delivers itself upon the listener. This whole track gives me the personal feeling of not knowing what you have until its gone. Not only is this track a personal, as described by Josiah, it’s the bands overwhelming favorite too. Flowing into a hard hitting crescendo of screams and melody, this track clocks in at 3:40, just enough to really make its message heard loud and clear. Ending with a crushing breakdown, it just sets the tone for the final 3 tracks. Hands down one of the best tracks on this outstanding record!

Help My Unbelief
Again, this entire record hits home for me, but what sets this song apart from the others is the true conviction and passion I feel. The first time I listened to this song, I weeped. It describes running from God, but God being a just and loving God, He takes us back, no matter how far we run. It paints the story of having a belief, but struggling with the fact that your belief, that you hold dear to your heart, may not be true. The listener can ask themselves “if God is real, why can’t He show himself to me?” and thats exactly how hard this song hits home for me. As the ending lyrics state “ Lead me into the waves so I can see You standing over me. I want to feel the oceans tremble, I want to fall in love again.” The pure passion and desire to know and feel your God in the truest form, to once and for all, end your unbelief. It’s a cry that most believers have at the deepest depths of their hearts, and for that, this song reaches to me at so many levels. It’s truly the most passionate song I’ve heard in many years, since Mouth Of The South wrote a song called “Epilogue.” That band is now Rival Choir.

I may just come off as a Facedown/MOTS/ Rival Choir homer, and at this point, i don’t even care. This record will pave the way for hardcore and melodic hardcore for YEARS to come. You won’t want to miss this album. I urge you, believers and non believers, give this album a solid shot. Open your mind and your heart, feel the passion, hard work, and determination it took to make this record. I’ve been jamming it for 3 weeks and it’s going to be one of those albums that stays with you for the rest of your life, in some shape or form. Like “Son I Loved You At Your Darkest” by As Cities Burn, or Deja Entendu by Brand New. Yes, it’s that spectacular. And without further ado, I tip my hat to Rival Choir and Facedown for this masterpiece. My final rating is a perfect 10/10. Bias? Who, me?

This album is incredible.
Pick it up on February 5th. Don’t download it illegally or i’ll come to your house and hurt you. Not really, but, please, give these dudes and label what they’ve worked incredibly hard for. Give this album the sales it rightfully deserves.

Okay, now you can call me biased.