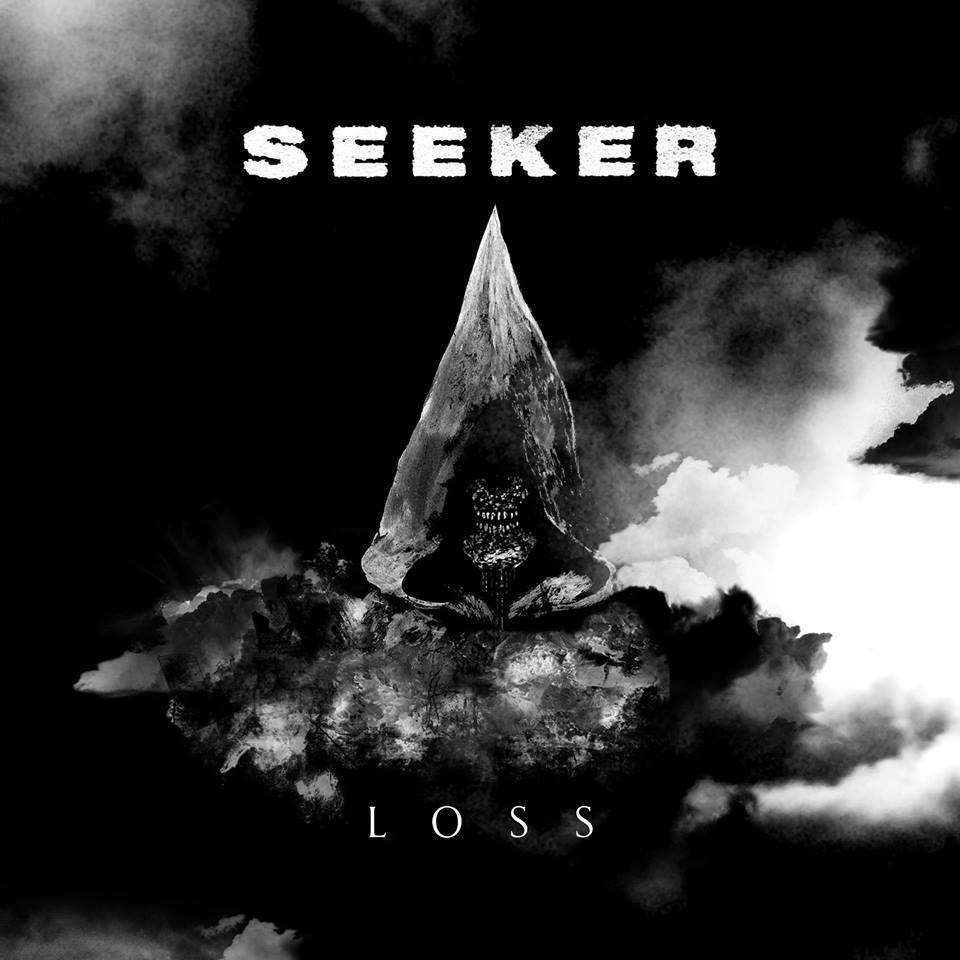 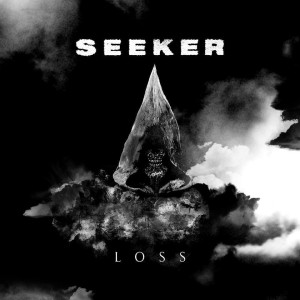 Artist: Seeker  Album: Loss   When it comes to heavy music, few weapons  are more crucial to a band’s arsenal than good ol’ fashioned dissonance. While many bands display competency at it—using it to shrink the listener’s spine during brutalizing breakdowns or eerie, atmospheric segments—few express what could be called a mastery of it; melding it like putty to create something that truly defines the band’s dynamic. As it stands, the terrifyingly heavy Texas trio Seeker are known for it—as Unloved proved they could tip-toe the line between crushing, bleak atmosphere and assaulting chaos. When it comes to their latest and long-awaited full length record, Loss, the band have refined and amplified their smothering, schizophrenic heaviness ten-fold. In short, Loss provokes punishing, poisonous decay of the spirit—it is the kind of dismal dissonance that radiates to the listener’s soul. Combining scathing speed and sludgy, atmospheric elements of hellish intensity, Seeker may as well change their name; because whatever sound they’ve been seeking has surely been found on Loss. Listening to Loss is kind of like diving head first into a turbulent ocean of chaotic, churning, violent darkness. Every aspect of the album is abrasive—and this is especially true of the band’s brooding, gritty instrumentation. Seeker carefully blend speed, power and sludge with the kind of calculated precision one would expect from Michelangelo or Da Vinci, even if the result sounds like what a forty-car pile up looks like. Percussionist Alex Curry is fast enough and technical enough to appeal to fans of grindy, adrenaline-loaded metal, but prone to slamming heaviness and punchy, straightforward breakdowns to keep kids spin-kicking in the audience. Songs like the rambunctious “Void” is an excellent example of Curry’s technical prowess—with flashy fills and skin-splitting blast beats keeping the song roaring ahead with all cylinders firing—while “Throat” slams the listener’s head into the ground until it’s reduced to mush, and “Rot” isn’t far behind. Here, Curry works with bassist (and vocalist) Bryce Lucien and guitarist Andy Torres to instigate all-out war on the listener. “Throat” does just that—grabs the listener by the throat and tears it out, cramming it promptly where the sun doesn’t shine. Likewise, sludgy, atmospheric examples of eviscerating, suffocating gloom like “Self Harm” and “Loss” weigh on the listener’s shoulders like a yoke of led, shrinking their spines into a stub. The takeaway is short and to-the-point (much like Loss): Whether it be shorter, sharp cuts like “Welcome Death” or slow burns like “Void,” Seeker’s instrumentation is a messy, masterful display of carefully crafted chaos. Loss doesn’t just stop by shredding the listener’s sanity with grating, gritty instrumentation that grinds, blasts and slams its way through the listener’s bones as if they were paper. Vocally, frontman Bryce Lucien is just as murky and murderous as his booming, boisterous bass. Lucien’s tortured howls and bitter brays tear at the listener’s skull, just as his lyrical content absolutely drowns the listener in existential dread and despair. Lucien’s lyrics are the ideal complement to his voice, ranging from quick-and-pissed on “Welcome Death” or the low, achy and incessant burn of the dirging “Loss.” Lucien captures the purest essence of loss in just about any way the listener cares to define it—whether it be the pure, poignant loss of a loved one, the bitter and harsh loss of innocence, or the all-too-likely loss of sanity the listener is likely to endure while Seeker have their way with them. Be it Lucien’s vocals or the entire band’s dynamic, Seeker are an unbearably heavy assault launched directly at the listener without remorse or relent. Loss is designed to be so cruel and crushing that—while it is an obscenely short album—spanning much more than twenty five minutes might result in encephalopathy. Everything from “Throat” to “Loss,” including the razor-sharp “Welcome Death” or the gloomy “Self Harm” is positively immense, filling the listener’s entire head with rattling, raunchy dissonance (dissonant being probably the single best way to explain Seeker, if you haven’t caught on). In short, Seeker are back and better than ever—with Loss being exactly what it claims to be; the unbearable intensity that accompanies the suffocating sense of suffering that comes with losing everything you care for.   9/10 For Fans Of: Ion Dissonance, WVRM, Converge, Neurosis By: Connor Welsh