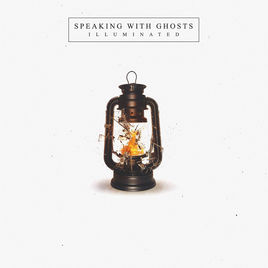 Perspective is a powerful thing when it comes to the manner in which we observe and interact with our day-to-day surroundings. It determines the lens through which we see the world, perceive people and scenarios, take risks and, perhaps, most importantly (especially in the socially turbulent time that is 2017), gives us bias. Not just right-vs-wrong, black-or-white bias, but bias that concerns choices and interactions that can alter the course of an individual’s day, week, career, year, life, etc. One example is something called anchoring bias, wherein the perspective of an individual is fixated on an outcome based on previous experience. A person who’s had a bad experience taking a given bus line to work might find reasons to avoid taking that bus line in favor of another—or a clinician who missed a crucial diagnosis based on a set of symptoms might always diagnose those same symptoms in a given way even with evidence to the contrary. The point is that perspective lends the ability to create bias, which can in turn lock us into patterns, fixating and streamlining our lives.

So what happens when that fixation shifts? What happens when our perspective changes? The answer is simple and beautiful—a whole new cornucopia of choices that were once obscured from view become illuminated. In a similar fashion, Illinois-based outfit Speaking With Ghosts incur a shift in the listener’s perspective when it comes to good ol’, foot-tappin’, fist-swingin’ metalcore. Taking a relatively conventional take on groove-laden, heavy-soft metalcore and adding pep, energy, punishing aggression and just a splash of proggy, bouncy undertones, Speaking with Ghosts bring us Illuminated—a bright, invigorating release that might not re-invent the wheel, but it will force the listener to re-evaluate where they stand on metalcore as a genre.

Are Speaking With Ghosts the world’s next greatest progressive act? Are they insanely technical—or do they create a new genre out of a wild amalgam of countless genres and styles? The answer to all the above is no; and if you were to analyze and describe each track on Illuminated on paper and give it a close, persnickety examination, you’d probably come away with the conclusion that they’re exactly what they aren’t: another metalcore band. Speaking With Ghosts take a tried-and-true heavy-soft dynamic, add zest and intensity and something totally intangible and make a well-above-average album out of it with the bright, shining Illuminated. It starts with the rampant efforts of percussionist Jake Mueller, who, from the first seconds of “Woven in Gold” and the bold “Roadblocks” hammers living Hell right into the listener’s skull. Adding flashes of quick, technically savvy fills into the maelstrom of snappy patterns, thick and explosive snare and a monstrous kick drum, Mueller is the ferocious, hypertrophied and heavily-pounding heart of Speaking With Ghosts—especially where his work with bassist Pat Olson is concerned. Even on the more ethereal moments of Illuminated, Olson adds heft and thickness, ensuring a solid, sturdy foundation—one that weaves around the unshakable kick drum and contrasting bright, snappy snare from Mueller. Then, there are the eerier, aggressive numbers like “Kingmaker,” where Olson’s groovy, low bass is needed to give guitarists Tyler Baskin and Craig Hoffman what they need to craft the catchy, quick riffs and grimy, crunchy breakdowns that define the track. With a lead riff that’s spicy enough to keep the listener hooked and sweating—yet not quite over-the-top enough to embark upon a full fledged journey into the prog aether, Baskin and Hoffman balance technical talent and creative songwriting around a fulcrum of solid, engaging song structure that uses established dynamics and effective tactics to succinctly deliver top-notch metal-meets-hardcore fretwork right into the listener’s skull—this is as true of “Kingmaker” as it is of “Woven in Gold” (a personal favorite) and “Uncrowned,” among “Dreamwalker” and, truthfully, just about every track Illuminated has to offer.

Speaking With Ghosts continue to, almost literally, speak to the listener when it comes to their vocal dynamic–one that sees frontman Ryan Wilmot, aided by bassist Olson, delivering heartfelt, engaging and narrative lyrics using an impressive range. With shrill, belted screams that peak from between a sturdy foundation of ferocious roars and pitched, Architects-esque almost-like-singing shouts, Wilmot’s work throughout Illuminated is another instance in which Speaking With Ghosts might not “break the mold,” but they do provide a beyond-solid display of metalcore mastery that does exactly what it needs to in order to keep the listener engaged for the entire runtime of the release. Wilmot’s lyrics—especially those on “Woven in Gold” can be personal and poignant, just as the lyrics on “Kingmaker” are intense, invigorating and more direct, cutting out frills and metaphors in favor of the more tactless, straightforward approach to complement the song’s pep and drive. The result is Wilmot (and Olson) adding diversity to the release in a fashion that supersedes a vocal variety—their lyrics themselves oscillate in topic and style; so the listener doesn’t feel like they’re listening to the same song for over half-an-hour both musically and lyrically.

Ever find a release you love but you just aren’t sure why? It isn’t that it’s a perfect album, or that it’s 100% new, and all your attempts to explain why it speaks to you so much to others just seem to fall short and end in a flustered “I just LIKE it, OKAY?!”

Well, Illuminated has that same touch. On paper, it’s a fairly standard album—catchy, fun, heavy, bouncy and bold all in equal doses. However the experience of sitting down and listening to it brings so much more to the table—keeping the listener hooked for every groove, addicted to every scathing riff and voracious breakdown. So maybe it isn’t a new genre or a genre-defining/year-defining release, but it will surely get hours upon hours of repeated play from just about any fan of heavy music, as it’s appeal is paralleled only by its replay quality; and both are dwarfed by how fun it manages to be.

For Fans Of: Architects, Spirit Breaker, Like Moths to Flames, Veil of Maya