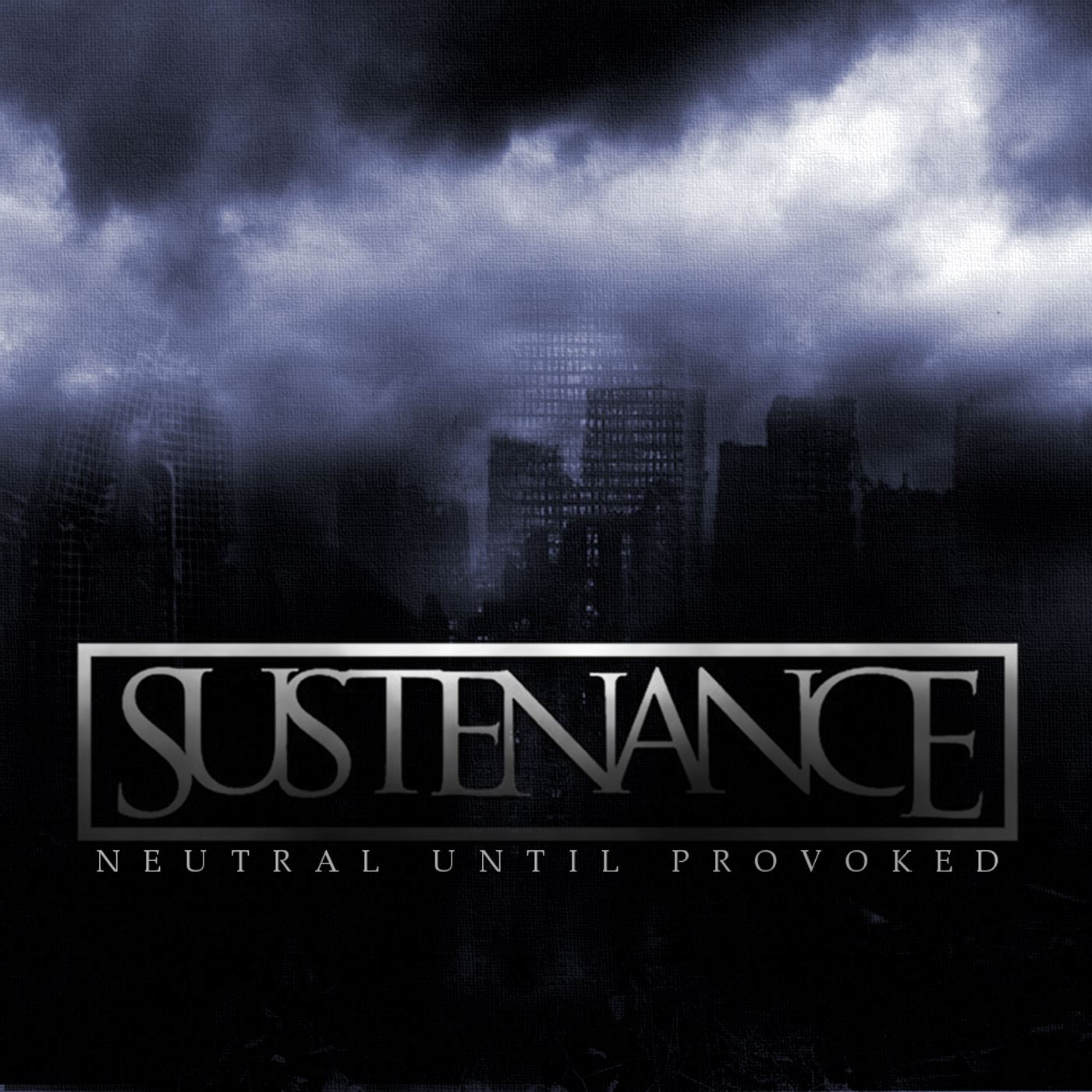 Let’s talk for a moment about what it takes to survive: I’m talking about the bare necessities for human life to exist. These are air, water and some form of macronutrient supplementation—some would argue shelter as a fourth requirement, but for simplicity’s sake, let’s stick with those three. Now, let’s consider the necessities for human life not just to exist, but to grow: the same three are still there, but in different amounts. The air must have an ideal ratio of nitrogen to oxygen—water must be bountiful and balanced portions of protein, carbohydrates and fat are optimal. Things go from passable to preferential—and the same dichotomous thinking can be applied to Kennesaw-based hyper-aggressive heavy metalcore act Sustenance. Where their debut offering was solid—especially for its time—it didn’t truly stand out, ultimately getting lost in the mix among a year rich with wonderful albums.

Now, let’s consider their long-awaited sophomore EP, Neutral Until Provoked. Gone are the nu-infused grooves and shrill vocals, replaced instead with monstrous riffs and crushing breakdowns led by meaty, dense shouts and growls. In short, Sustenance have gone from a band doing just enough to keep the listener engaged to a band that fuel the growth of not just the listener’s involvement, but of the metalcore genre to boot.

Remember when Immoralist’s Widow came out all those years ago? Combining beatdown-infused hardcore with weighty, wrathful deathcore in a manner hardly heard before—it was a wake-up call to the genre. Fast forward nearly four years, and we have Sustenance about to do the very same thing. Neutral Until Provoked takes heavy-handed metalcore and tosses it in a blender with raunchy beatdown hardcore and progressive metal both, taking the listener on a whirlwind roller coaster ride through unfamiliar territory. Percussionist David Neil Boughter (the third) is immensely responsible for the hints of bouncy, proggy metal that haunt the harrowing, hellish moments of harsh aggression that define tracks like “Virulent” and “Leech.” Boughter’sbold, booming kick drum beats with unpredictable candor, contrasting his ear-splitting snare and splashy cymbals with tasteful décor. Half way through “Leech” and his influence (from his progressive metal mainstay I’ll Be An Empire) is prevalent, even during moments of murky dissonance. Here, his interplay with bassist Tristen Colvin is crucial. Rather than get lost by Boughter’s fleeting footwork on “Burn” or “Deathstrike,” Colvin keeps perfect time—adding thick, entrenching heaviness to every thud of Boughter’s kick drum. “Heavy Arms,” however, shows a different side of Colvin’s skill set—opting to work as an intermediate between Boughter’s relentless drumming and guitarist Andrew Schultz’s scathing fretwork. Oscillating between oppressive, chug-and-groove fueled brutality and quickly-fingered fretting, Schultz plays to Colvin’s penchant for punishing heaviness and Boughter’s proclivity towards bouncy and progressive music both. “Burn” and “Virulent” see Schultz working dilligently (and in odd time signatures) to dizzy the listener with intricate grooves that hit hard but are also devious in nature. Meanwhile, the last three tracks—especially the jarring climax to “Provoked”—are more straightforward, beating the listener until they are not only senseless, but lifeless.

Where Sustenance’s musicianship on Neutral Until Provoked is all over the place–focused yet diverse—their vocal effort is sinister and straightforward in the best way possible. Frontman Evan Kimmons is, simply put, a tank. Every syllable he roars from “Virulent” to “Provoked” hits the listener like a point-blank shotgun blast to the chest. Dominating with a predominantly low, grisly growl and a raw, hefty mid-range yell, Kimmons doesn’t hold back once on Neutral Until Provoked, going toe-to-toe with some of the genre’s most well-known names. However, Kimmons is more than just a blindly-placed brutish voice; he is catchy and creative with his word play in a way that is reminiscent of The Acacia Strain’s Vincent Bennett. Whether it’s the lyrics before the malevolent climax to “Deathstrike” or the tongue in cheek wordplay throughout “Provoked,” Kimmons’ lyrics are not just ideal for Sustenance’s spine-shrinking heaviness, but catchy to boot, staying stuck in the listener’s head long after the EP concludes.

Sustenance’s Neutral Until Provoked has enough beef to keep an entire army fed for a year—and even though it has been overdue for some time, it is still more than worth the wait. Blending from a bountiful array of heavy music styles, and clocking it at a full seven songs, the band’s sophomore effort is one that breathes fresh life into heavy music’s bloodstream. Whether it’s the immeasurably bouncy and catchy pace of “Virulent” or “Leech,” the guest appearances on “Burn” and “Wasteland” or the pure perfection of “Deathstrike” and “Provoked,” Neutral Until Provoked is the satisfying, belligerent musical equivalent of crowdkilling at a Donald Trump rally, doing for 2016 what Immoralist did for 2013 or what Varials did for 2015; enabling the growth and expansion of heavy music as a whole.