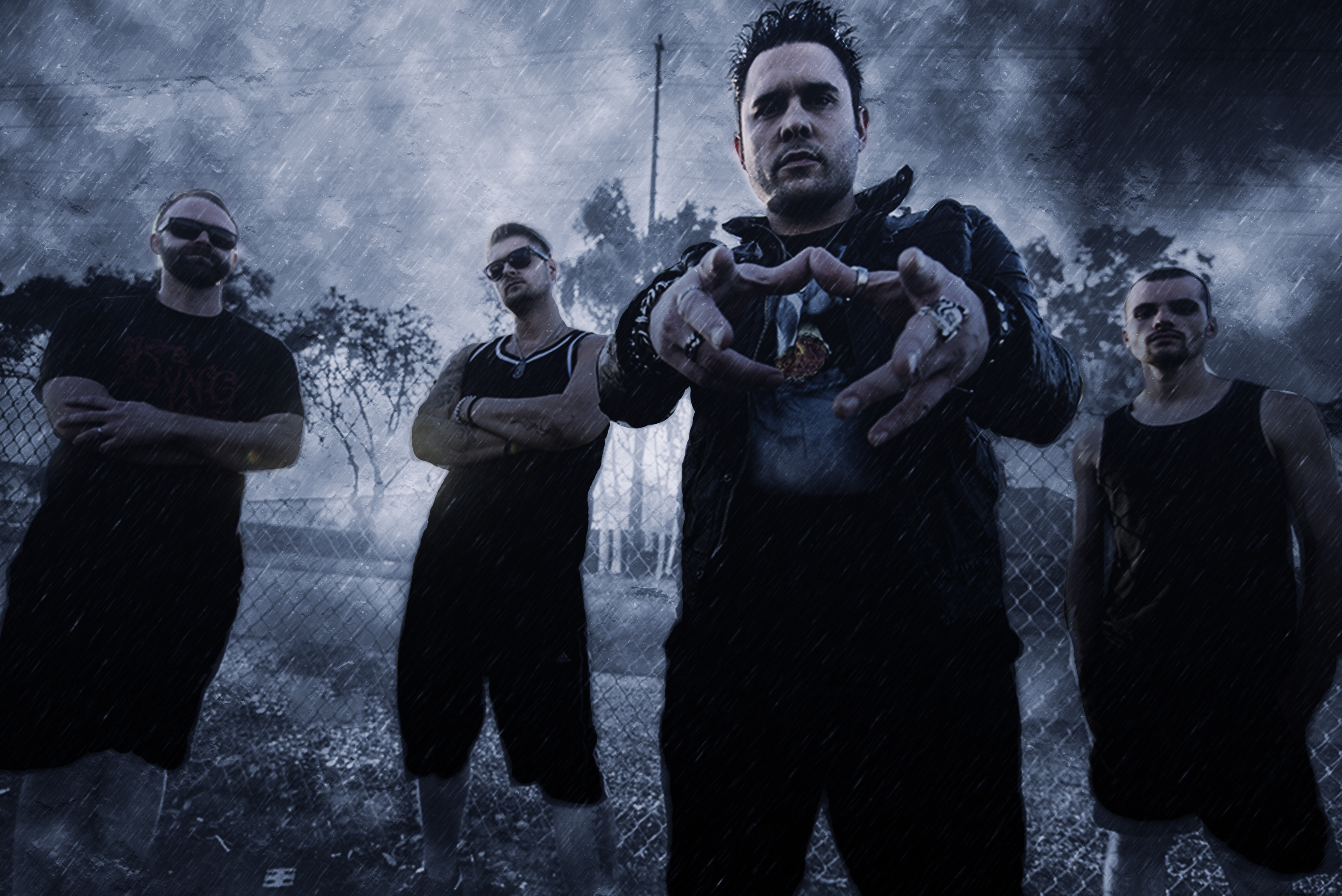 Crowd-funding: It’s the latest and greatest thing in the music world and it’s allowing bands to do so much more than just help fund an album. With the advancements made in this new method of recording albums, bands are able to take fans inside the recording process, offer exclusive merchandise and more! However, when you think crowd-funding… you don’t typically think bands like Trapt, do you? Well, the news was equally surprising to me when I learned that they created an IndieGoGo campaign for their 6th major label (and 7th overall) album. The band already had the album title set in stone, which would be revealed to be DNA. The reasoning for the title being that, as a crowd-funded album, the band wanted to make fans part of it. This being to show that fans are the “DNA” that keep the band pushing forward. From album to album, these hard rock giants have never ceased to evolve. From their highly-overlooked, self-released debut album Amalgamation to now, there’s a new element(s) on each and every album. Of course, their mainstays come from early in their career, such as “Headstrong,” “These Walls,” “Stories,” “Black Rose” and “Stand Up” but they continue to stay relevant in a world that often sees bands with their tenure buried deep under mediocrity. Six albums later, that remains unchanged and they prove why they’re still at the top of their circuit. How does DNA stack up against the rest of their discography? Well, simply put… it doesn’t. It’s an entirely different, next-level monster of an album that will please fans old, new and in-between.

Early on, we were given the first taste of the album in “Passenger.” Catchy, uplifting and cinematic, even… this is a track that will likely stay in the band’s setlist for the duration of their career. Not only does it have an amazing message to spread, it’s simplistic nature, musically, is easily accessible to any era of Trapt fans. The song builds up to an incredible climactic point, where we hear vocalist Chris Taylor Brown near-scream, in hopes that you’ll listen to the words he penned. The song teaches you not to rely on others to carry you through life, rather take life into your own hands. If you live your life, following the lead of others, you’ll never reach your true potential and you’ll never truly grow as an individual. The band built the “Life In Your Own Hands” tour, based on this message. I’m sure this will EASILY be a new fan-favorite.

The album opens up with the album’s second single, “Human (Like the Rest of Us” which is an eye-opener. A bit heavier, both musically and vocally.. this track has a sound that could easily fit somewhere within the confines of Someone Under Control or No Apologies. This track, more than any other, has a truly epic and cinematic vibe to it. This track is aimed at those who think they’re better than others, living their lives while looking down on, and putting down, those “beneath” them. Eventually, they’re knocked from their pedestal, realizing that they’re not all that they think they are. They begin to realize that blood pumps through their veins, flesh covers their bodies and they have emotions just like the rest of the human race. I get a really politically-charged air from this track, especially after watching the video, but that could be pure speculation.

Throughout the rest of the album, you’ll hear a lot of what we’ve come to expect (and love) from Trapt. If you’re into their slower, more melodic material… you’ll likely be drawn to songs like “Tangled Up In You” and “Fallen Angel,” which were clearly written about Chris’ wife and are the perfect love songs. Of course, it can’t always be “sunshine and rainbows,” and that’s why there are tracks on the album such as “It’s Over,” “Unforgiven” and “Getting Even.” “It’s Over,” for example, is a track that takes you into an abusive relationship, where the victim has decided that enough is enough, and finds the will to cut the poison out. Whether the abuse is physical, mental or emotional… CTB encourages listeners to find a way away from it, as abuse always gets worse over time… no matter what you may tell yourself.

Erase from your mind what you thought you knew about Trapt, as DNA seeks to throw you a curveball. It’s an album that deserves and was DESIGNED to be listened to from front to back. Each track could, undoubtedly, be used as a single to some capacity. This is Trapt at their biggest and best, proving to fans that they invested their money well. With a 20+ year-long career, 7 albums under their belt and 15 years spent in the public eye, they’ve proven that they’re in this for the long run. What does DNA symbolize? In one word, Trapt. While I wouldn’t say that this sees CTB at his most vulnerable, lyrically (I believe he really saved a lot of that for Only Through The Pain), it does show him at his most bold. More than just music, DNA is the beginning of a movement. The only question that remains, though, is will you join them in making a difference? Pick up your copy of DNA, digitally or get an exclusive signed version w/2 bonus tracks at Best Buy.

“Human (Like the Rest of Us)” (Official Music Video)