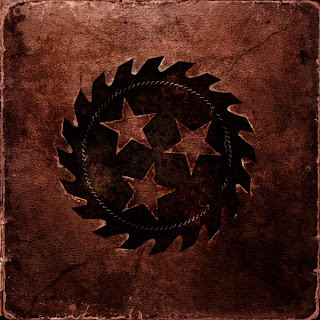 This is the fourth much anticipated full length release of this death metal/deathcore band.
As a big fan since the old days when ‘The Somatic Defilement’ first came out, i’m always hoping Whitechapel will be one of those bands that never fuck up, always progressing but never to the point it gets ridiculously stupid.
To this point they changed their sound with every new album (mainly with its predecessor ‘A New Era of Corruption’) and for me it always takes a few listens to apreciate the new style to its fullest.
This new self titled album is no exception, when i heard it for the first time i found the album lacking, short and uninspired with only 2 or 3 jewels that stood out, notice how i’m talking in the past sense here (epic bands always lead to epic expectations).
It was after a few more listens that i started to notice the sheer angry and dark themed vocals and atmospheric instrumentals more, and started to like it, very much!
The song structures on this record are a bit slower, heavier paced then previous ones and you really need to take the time and let it sink in.
helping with this process are the vocals, which are (as they always have been) unreletenting and some of the most brutal i have ever heard, you can definitely notice Phil puts his heart and soul into all the songs on this album.
Another thing that really fits in well with the heavy sound are the occasional guitar solos, in my opinion modern metal bands need to use these more!
You can tell the band tries hard to set itself apart from the millions of mediocre deathcore bands floating around (many of which are inspired by Whitechapel’s earlier albums).

Make it Bleed:
The album starts out strong with a peacefull piano intro transcending into a brutal fast paced riff and shit hits the fan fast.
After a while the song starts to slow down again and the creepy melodic guitars that set the tone for the rest of the album are introduced.
a powerfull first song most people will fall in love with on the first listen.

Hate Creation:
The first single they released and most people know already, you either love or hate it, and i actualy liked this one when i first heard it.
Somewhere halfway through the song you can hear Phil using the angry-normal-voice-talking thing that reminded me of Slipknot, but he pulls it off quite well in my opinion, some screams sound so fucking raw on this track, i love it!
This is one of the angriest songs on the album and i like it angry! It was also nice to see a different vocal style for a change, and for the haters: would you rather have cleans? ….thats what i thought! 😛

(Cult)uralist:
Not much to say about this track, its one of the faster ones on the album, especially the drumming and the vocals are FAST at certain points, it all breaks down into a sweet solo near the end, nuff said.

Faces:
The song with the most brutal lyrics on the album, i wont spoil anything but lets just say some lines put a big smile on my face!

Dead Silence:
Most likely my favorite song on the album, though its still hard to choose at this point, it has everything this album stands for: melody, angry vocals/lyrics and a very good song structure, youll be sure to bang your head a few times to this song.
With some spine crushing spikes throughout the song, it all ends with a lovely eerie sounding outro that makes me feel all tingly inside, a good outro for a good song.

The Night Remains:
With the dark atmospheric outro behind us, this track fires off and REALLY gets the blood pumping, excellent riffage, underlying melodic guitars and some very well timed vocals to go along with it make this one of the best tracks on the whole album.
My only problem with it is that its kinda short, towards the end there is this epic build up…but sadly doesnt lead to anything and the song just ends… such a waste.

Possibilities of an Impossible Existence:
Fan boys know the drill: the last song on a Whitechapel album is always an epic one, this is also the case here.
Preceded by a instrumental song, the song starts off with an epic melodic and bouncy sound, you KNOW the album is coming to the end just by listening to this.
Its like they are trying to cram all the instrumentals, atmosphere, brutal riffage and vocals into one package before finishing with a outro that sounds similar to the piano intro of the first song, which encourages you to give the entire album another spin.

Though for some it may not seem like much at the first listen, specialy for old school fans who like deathcore and nothing else, this album is WAY more than you think it is.
With this new release Whitechapel progressed yet again to their own stylish sound while maintaining the angry brutal vibe people love them for, they tried to please everyone here, and succeeded.
If you heard the two singles they released and didnt like them, dont dismiss this album, chances are you will LOVE it as a whole (if you REALLY dont like it there are a million other mediocre deathcore bands out there for you instead and you just wasted your time reading all this!).
This album has some of the best songs since ‘This is Exile’ and i can only hope this band will keep impressing me with their genre defining sound in the future.