Over the course of this year, there has been a lot of good, and a lot of bad, happening at incredible rates. However, with that being said, one of the great things that did come out of 2017 was all of the wondrous album releases from various artists/bands that I myself personally enjoy. Now, let us go ahead and dive into that list. 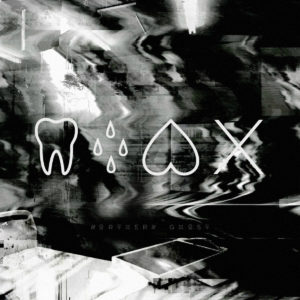 With H:S:D:S by Northern Ghost, you get a killer album that actually is a debut album. Now, with debuts, you can either usually get a hit or a miss, and sometimes get an in-between feeling of indifference on an album. The thing that made this stand out to me, however, is that I actually discovered this band live in Oklahoma City, Oklahoma whilst they were on tour and released their album on the same night as their performance. I like what I heard of their live work, so, I reviewed and bought the debut. I absolutely adored H:S:D:S. It takes various elements from influences that, to me, seem to come from bands like Bring Me The Horizon, We Came as Romans, Etc. Overall, not a bad listen whatsoever. This band is definitely going to go places.

So, this album has a pretty nice seat in my heart for two reasons: it’s made by the legendary Francis of The Filth aka George Miller, and also it came out on my birthday. This album is not for everyone as its content can be a little much for some listeners. Primarily speaking, Pink Season was made for the fans of the YouTube entity. However, if you like dark humor and dank beats, so to speak, by all means give this a listen.

This is actually an EP made by the same artist as the previous album Pink Season. In Tongues was created by Joji, which is George Millers actual music identity, outside of the realm of YouTube and FilthyFrank. This was the first EP to come out of Joji featuring actually serious music and a heavily different style, combining elements of lo-fi beats and harmonized vocals that are, to myself, soothing to listen to. Definitely not a bad listen, for fans of Joji and new listeners alike.

Humanz was the long hoped for, long anticipated, and longed for album that everyone was excited for. How could you not be? It was the first time Gorillaz released music in quite some time. Now, to say I instantly fell in love with this album would be a lie, however, as time went on and as I gave more attention to the lyrics and how the music played in with the presentation of each song, I grew to adore this album. It’s an absolute masterpiece of an attempt for Gorillaz to stay current with it’s modern day listener and the world around them.

6. Nothing More – The Stories We Tell Ourselves 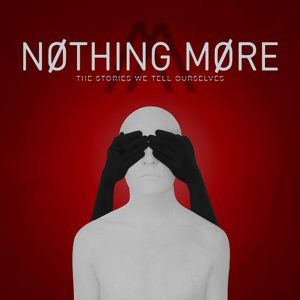 Nothing More is a band that shoved itself into my face and said take a bite of this. I did and, to say the least, God, that was a heck of a bite. This album has no bad songs on it, and every song has such immense impact from Don’t Stop to Go To War. Not to mention, the vocal prowess of the vocalist, Jonny Hawkins, is actually insane. Watch any live set of Nothing More and you’ll understand what I mean. A side note, if that doesn’t convince you to take this band or album into consideration, look up “First of the Year Nothing More”. You won’t regret it. 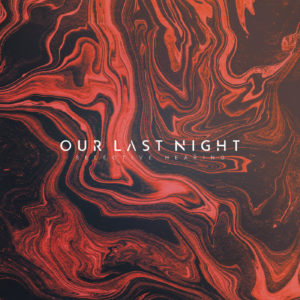 Boy, oh boy. This band is one of all time favorites and many people know this band by, believe it or not, their cover tracks. Now, for Our Last Night, I not only love the covers that they always do, but, I really enjoy their original content as well and same goes here. I found Selective Hearing to be an album with some fantastic tracks and solid production and mixing. For any listeners who want to get into Our Last Night’s original music, this is not a bad start.

Heaven Upside Down is Manson’s newest masterpiece. The album takes elements from its predecessors (such as Pale Emperor and Antichrist Superstar) and creates this new entity that stills hits hard with it’s thought provoking concepts that challenge the way we perceive things in society today. Manson also has recently in his music videos had a special guest, a Johnny Depp, perform in two of his music videos so far, and that in of itself is a delight.

3.  Spite – Nothing Is Beautiful 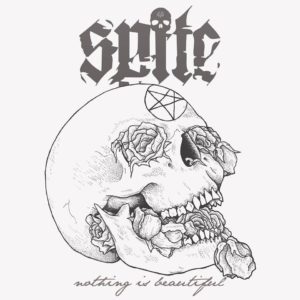 Ah, Spite. Spite is a band I had no idea even existed at all. Then, one day, I heard them perform with Aversions Crown, Oceano, and Slaughter to Prevail. While that is a great show by itself, Spite, for me stole that entire show. If you can impress me enough to actually buy your music when I have never heard of you, that’s a win in my book, and I have been in love with Spite ever since. This album has been hyped for me ever since I had heard the song Despise, and then when Nothing is Beautiful released, it was like all went right with the world, in just a very dark way.

Shadow of Intent had me hooked to them when I first heard Ben Duerr rip apart the track Battle Of The Maginot Sphere from their first album Primordial. I myself do these kinds of vocals so to hear someone do them in such a manner that makes it sound like Dickie Allen (no offense, I love Dickie’s vocals) is just some other vocalist is incredible. I love the instrumentals on this as well as how the vocals played out. This band definitely going places, as they just recently did their first live show, and you can find excellent footage on YouTube by simply searching for “Shadow of Intent Live”. It’s divine. Check it out.

1. Voodoo Dolls – The Marked Ones

This album is near and dear to my heart because I grew up with this album. Now, you are probably wondering what I mean. I have known this band for 7 years, give or take, as well as the vocalist on a very intimate level of friendship. A lot of blood, sweat, and tears went into The Marked Ones. A lot of hours spent going over and over melodies, lyrics, live performances, all so they could get everything right for their debut album. I adore The Marked Ones not just because of that, but also for the fact that, for a self produced album, the quality is beyond impressive. I love the lyricism, the instrumental work, everything about this band. The music style industrial is very prominent in this album and can have very obvious influences be seen, such as Nine Inch Nails and Marilyn Manson.

There you have it, my top 10 albums of 2017. I hope you find you enjoy some of them, maybe I helped you discover someone new. Either way, I hope you all have a great rest of your 2017 and cherish, because a dawn of new music is coming in 2018. Are you ready?